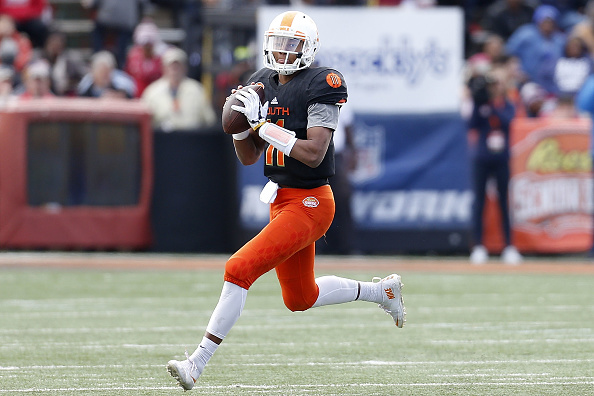 The Ravens don’t have an heir to Joe Flacco right now who is 32 years old going into this season. If the Ravens love one thing it seems to be smart football players. Dobbs is arguably the smartest player in this draft, earning a degree in aerospace engineering along with other awards while being a starting QB at a SEC school. He has the athletic ability and intelligence to make it in the NFL but he needs to improve as a passer. The Ravens have some time to groom a player than can learn well into a possible starting QB or backup for the years to come.

On film I think Kelly looks to be one of the better QBs in this class, but combine all his off the field problems with a serious knee injury that cut his final season short and he’s on the backend of hopefully getting drafted. With his off the field problems, it would be important for him to go to a team with a strong locker room. Atlanta would be a great fit. Matt Schaub is a free agent, meaning Matt Ryan needs a backup, and this is a team that made it to the Super Bowl and has some strong veterans on that offense to keep him in line if somebody wants to take a chance with his character issues