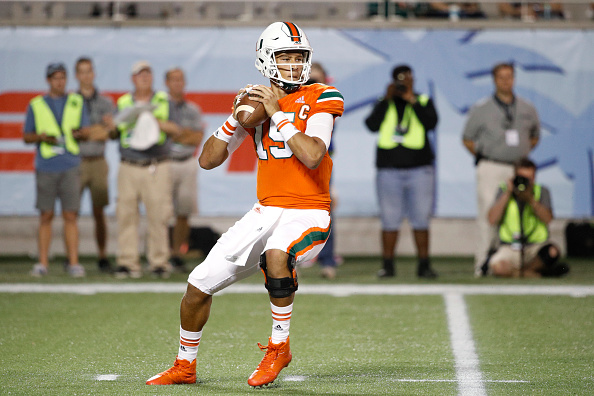 Kaaya was once considered one of top QBs coming into this season before a bad year hurt his stock. Where Kaaya struggles is with not having an elite arm, not being very mobile, and struggles tremendously with pressure. Arizona can be a good fit for Kaaya. They play inside so the weather doesn’t become a big factor. They have one of the elite running backs in the NFL right now to pound the rock with David Johnson. And while the line wasn’t the best this year, Arizona was in the top ten sacks allowed the previous two seasons. With Carson Palmer looking like he might give it one more shot, Kaaya can develop for another year and work on those inconsistencies. If he can get over those he has some talent to be a good starting QB.

No team probably has a better scouting report on Peterman than the team that shares its stadium with Pitt. A two year starter, Peterman has done a good job at not turning the ball over. He had a good Senior Bowl performance which should also help his draft stock. Landry Jones, a former 4th round QB is a free agent this year. He never did much in Big Ben’s absence to guarantee him sticking around so the Steelers may look to replace him.