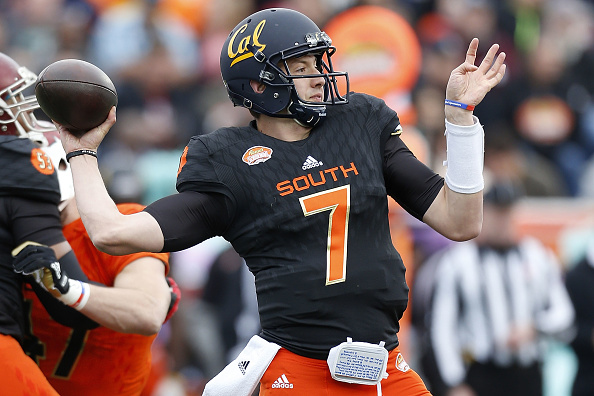 Philip Rivers is 35 years old and the only current QB on the roster with Kellen Clemons being a free agent. As is the case with most of these teams, ones with older QBs may look to strike gold with a late round guy they can develop over time while learning behind some of the best in the NFL. Webb is another big QB that showed promise in his one year as a starter at Cal and can fit that big pocket passer QB. However with one year experience he needs time to be a better decision maker and switch to a more pro style system.

The Giants also have two free agent QBs this year with Ryan Nassib and Josh Johnson leaving 36 year old Eli Manning as the lone QB. They may resign Nassib but if they don’t Evans could be a good fit for the Giants. He’s another big QB with a lot of athleticism at 6’2” 238 pounds, a perfect fit for cold winters in New York. However he started just one season at Virginia Tech so going somewhere that he doesn’t have to play right away is key.