Paul George is staying in Oklahoma City, so what does that mean for LeBron? 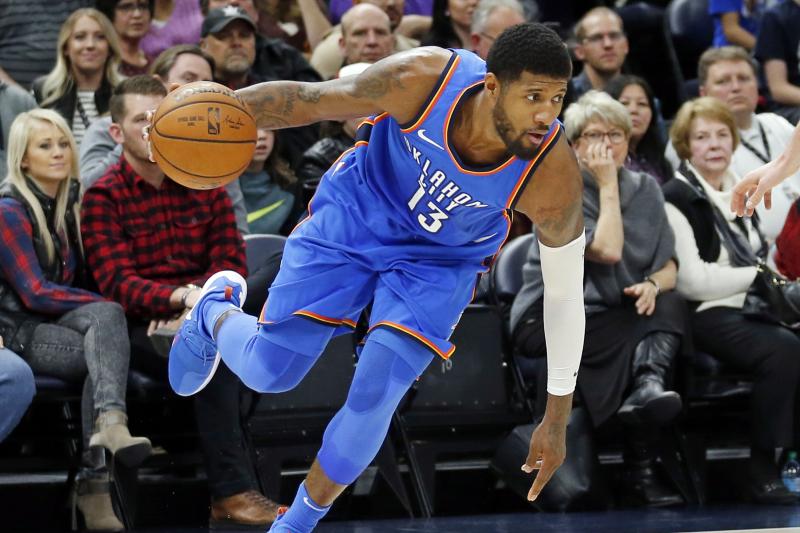 Even before NBA free agency kicked off at midnight, Paul George’s mind was made up.

At 11:42 p.m., news broke that George had agreed to sign a deal to remain with the Oklahoma City Thunder. A four-year, $137 million max deal to be exact, according to Adrian Wojnarowski of ESPN.

But what does George’s decision have to do with LeBron James’ upcoming one? Well, with all the news that broke regarding James free agency this weekend, specifically that he would not be meeting in person with the Cavs, this feels like the first piece of good news when it comes to the possibility of James staying in Cleveland.

George and James were the two big free agents that the Los Angeles Lakers were allegedly targeting. That doesn’t include Kawhi Leonard, who is not a free agent and would have to be traded to Los Angeles in order to play for them.

It’s arguable that for the Lakers, who have room to sign two max-contract superstars to their roster, losing out on George would hinder their chances at signing James. Of course, there has been nothing to suggest that George not signing in L.A. would take be a deal breaker for James, but without another All-Star in tow, it’s hard to see a clear plus for James going there.

But even still, stranger things in NBA have happened. And until James actually makes a decision, there is no way to know where his mind is.