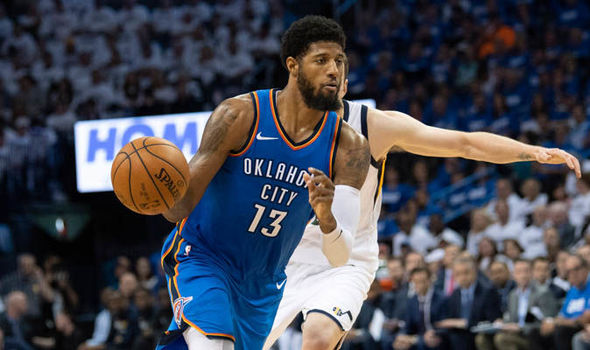 While LeBron James continues to sit back and weigh his options, several huge pieces of the puzzle have slid into place, and none of them with the Los Angeles Lakers.  This is a good sign as many in the national media, and fan bases across the league believe LeBron James is almost guaranteed to become a Laker.

While many believed that if Chris Paul, Paul George or Kawhi Leonard ended up in a Lakers uniform, by trade or singing, then LeBron James wouldn’t be far behind.

Let’s catch everyone up and see what this means potentially for LeBron returning to Cleveland.

The biggest shoe to drop was that of Paul George.  The Laker talk started a year ago when George expressed his desire to play there.  Perhaps that was a smoke screen or the relationship with the OKC Thunder star Russell Westbrook was stronger then we all realized as George has signed with the OKC Thunder on a four-year maximum, $137 million contract to continue his career with the Thunder.

The payroll of the Thunder over the years has been notoriously tight, thus eliminating the chances of them taking on a LeBron James’ maximum contract and also dispelling the rumor that James and George playing together would be a sure thing.

Chris Paul has re-signed with the Houston Rockets for four-years at $160 millions.  There is a chance that James could still go there, but cap space would be fairly tight to build around their big three, and it has been leaked that James is not interested in playing in Houston.

DeAndre Jordan who had been rumored to possibly join LeBron James in LA, has dispelled that rumor by agreeing to terms with the Dallas Mavericks. This does however make the chances of DeMarcus Cousins signing with the Lakers a bit stronger.

Kawhi Leonard has still not been traded, and the Celtics continue to be rumored as a possible landing spot along with the Lakers.  If Leonard goes elsewhere, and not L.A., James is running out of options for a new dream team.  If Leonard does not get traded to L.A., that would almost squash the long-running rumors of James to the West Coast.

Kevin Durant has re-signed with Golden State.  There is no real story there as we all knew that was happening.

With all that said, what could still happen that would cause LeBron James to leave the Cavaliers again and form a super team in Los Angeles?  With George off the market, the only “dream team” possible would be Leonard getting traded to L.A., and then Cousins signing there as well.  From there, they would still have room for James to join.

However, in my view, it would make little sense for all three to play on the same team unless you go with a three forward starting lineup and no true center.  Add to that, Cousins is coming off of  a serious injury and not a sure thing by any stretch.

A serious wrinkle was thrown into everything tonight by George re-singing with the Thunder and it will be interesting to see what happens next.

PAFL: NEO Topples Nightmares 20-10 In Hard Fought Battle
Paul George is staying in Oklahoma City, so what does that mean for LeBron?