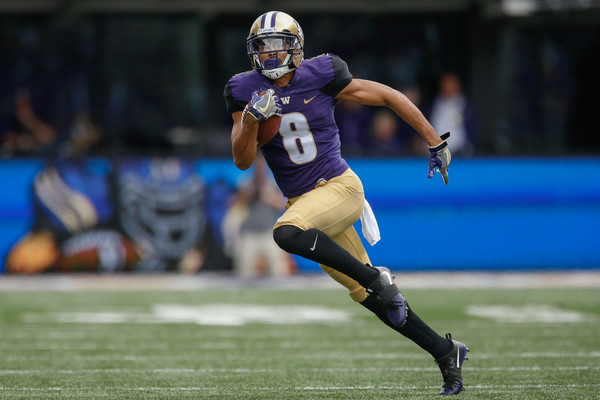 Jimmy G got paid so give him some additional weapons. They already got some threats outside and Pettis can play the slot for them.

Oakland’s defense needs the reworking so they address one player at every level in the first three rounds. Nnadi gives them some improvement in the middle of the line.

Jackson has some major character concerns to be addressed but if he passes he fits the zone coverage corner hole the Packers have.

The offensive line lost a lot of players to free agency the last couple years. The whole line needs rebuilt to get them to compete again.

Fitzgerald is close to retiring and they already lost John Brown in free agency. They need someone else in there for depth.

Hand was a big time talent coming out of high school but never lived up to it. He can be more of a 3-4 run stopper opposite Watt in time.

A safety who can play around the line of scrimmage and maybe play some schemes as a LB. That is some versatility Dallas needs.