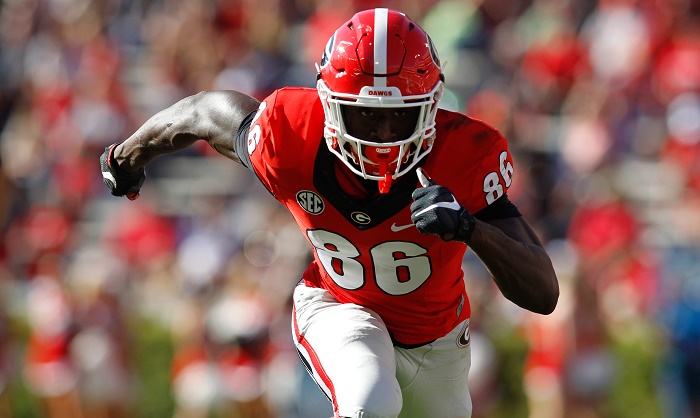 There are questions about Dez Bryant’s future with the Cowboys. Not only that but they don’t have a number two receiver either. That is two reasons to not pass on Ridley still being here.

Patricia did not mess around bringing in veterans to fix the defensive side of the ball. While I would want to wait a little longer before starting to draft a running back, Detroit has to get somebody in there that can run it and take some pressure off Stafford.

Adam Jones is a free agent now and Dennard is a free agent after this year. They traded with Buffalo to get their LT and by doing so moved down a few picks. With some stability on the line the focus can be replacing a corner.

Since the Browns already have a ton of picks early this year they spared Buffalo their pick at 22. With a new QB they need to get him weapons. Sutton is my favorite receiver in the draft and is a big possession WR that reminds me a lot of my favorite receiver from 2012, Alshon Jeffery.

The Rams lost a lot of talent on defense but they brought in a bunch of corners to try and mend it. There is only a few holes left on the offense and Wynn fits that hole. Imagine Gurley this year behind an even better line.