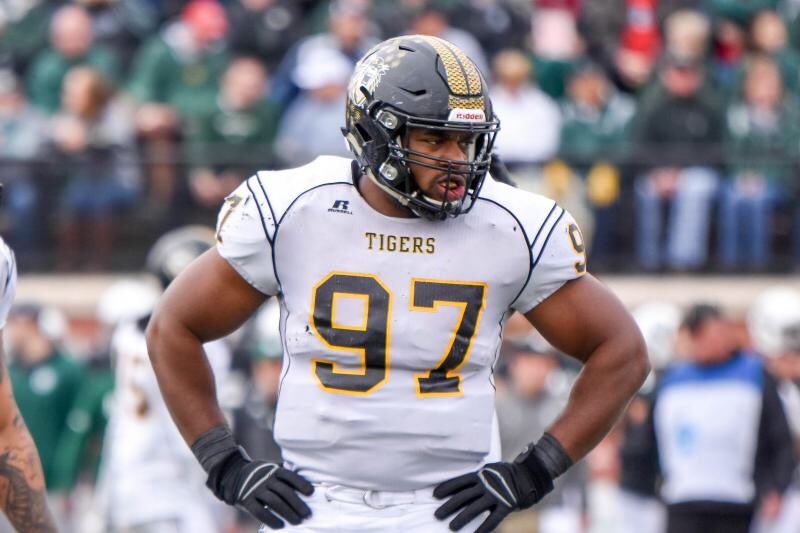 Patricia finally gets around to adding a defensive big man to his rotation. Shepherd is a small school guy with a lot of untapped potential.

Leonard would give the Ravens another athletic LB in the middle next to Mosley.

Los Angeles could be losing Tre Boston to free agency. If so they can use another safety to replace him.

A little undersized and some character questions surround Harrison but Cam needs an upgrade at LT and Harrison is the most athletic lineman in the draft.

A lot of the starters at CB last season are gone. Kansas City can use some new depth.

Robert Quinn got traded to Miami so Los Angeles can use another pass rusher to fill his role.

The Panthers need more than an older Torrey Smith this offseason to help out Cam Newton.

Eric Decker has not really worked out well for Tennessee and Corey Davis was not on the field much due to injury. Miller is a slot guy that can fill in for that offense.

Atlanta lost Claiborne in free agency so they need another pass rusher to replace him in the rotation.

The Saints were hoping to have Fairley be a threat in the middle but with a failed physical they could use another playmaker to fill what they were hoping he could do.

Pittsburgh needs a new QB to develop behind Big Ben. Landry Jones is not the guy.

Poluszny is a free agent so Jacksonville can use a little depth in the middle. Jewell is an instincts LB that would fit in there.

Sheldon Richardson signed on a one year deal but he might just be a stopgap. The Vikings should look for someone more permanent there.

New England gets to find the next QB to groom and trade for a pick higher than where he was drafted.

Baker is an athletic LB, Buffalo can use more of that in their defense.

Arizona needs another pass rusher opposite Campbell to start getting to the passer.

Lamar Miller has not lived up to his hype and Foreman is coming off an achilles injury. They should add another RB into the fold.

CJ Anderson may or may not be with Denver next year. Denver should be on the hunt for another back just in case.

A Buckeye staying close to home to close out the third round. Cincinnati lacks depth at DE so getting some bodies that can rotate in would be something on their list.