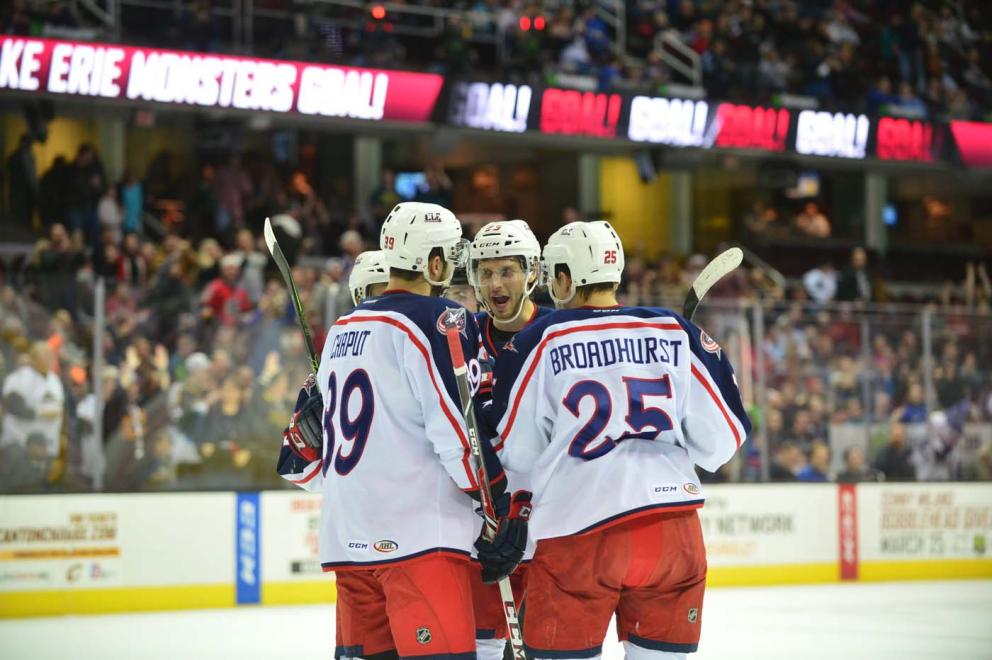 The Lake Erie Monsters continued their dominance at home on Friday night with a 5-1 win over their division rival; the Rockford IceHogs. The two teams split the season series four games to four, with the home team winning in each of the eight games.

But the Monsters’ four wins at home against the IceHogs are part of a bigger picture, in which Lake Erie has been dominant on home ice.

That is second best in the entire AHL at home. The Albany Devils are number one, but the Monsters are the best team at home in the Western Conference.

Away from Quicken Loans Arena, the Monsters are 13-14-4-1 with a points percentage of .546, and with their next five games on the road, they will have to hope this hot streak from the last two games at home carries over when they play three central division opponents, as well as the Toronto Marlies, who own the best record in the AHL.

After that road trip there are only four games left in the season, three of which are at home. This next two-week stretch away from the Q could determine if the Monsters reach the playoffs or fall just short, as they are in fourth place, virtually one game back from the third-seed in the Central Divsion.

It also could determine if the Monsters can get home ice advantage in the playoffs.

When asked about the significance of getting home advantage in the playoffs, Head Coach Jared Bednar said, “That’s what we’re working for. We’re gonna’ fight right to the end because we love playing in this building. We’re a little bit of different group. I hate to say we’re a bunch of homers, but we’re a bit of a different group when we play here.”

“We’ve said it from day one, our guys are excited to be here. They’re excited to play in front of a great fan base and if there’s any way at all that we can get home ice and fight for that we’re gonna’ try and do that.”

If the Monsters can hold their ground during this five-game road trip and go 2-3 or collect five out of ten points, their playoff position should hold firm.

But if the Monsters want to get home ice, they have a great chance to make up some ground and leap frog a couple teams to reach the top two in the Central.