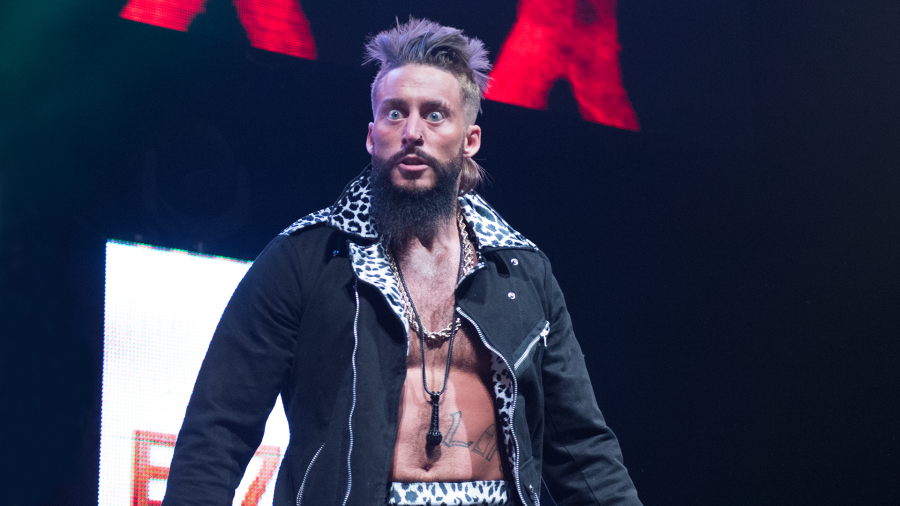 The night for WWE’s Payback got off to a serious and dangerous start, as one half of the tag team ‘Enzo and Cass’ was seriously injured during their opening bout with The Vaudevillians.

Eric ‘Enzo’ Arndt was knocked out cold when he was thrown out of the ring, and hit his head on the ring and then ropes. He slumped outside the ring, and within a minute the official put up a “X” which usually states a serious injury.

Here’s the video of the injury:

Michael Cole said Enzo Amore was moving his extremities and was talking. Enzo is being examined at a Chicago hospital.

UPDATE 12:20am – The WWE has tweeted out that Eric ‘Enzo’ Arndt has been released from the hospital. Michael Cole stated during the Payback PPV that Enzo had suffered a concussion.