Kirtland Defeats Rootstown 17-7 To Advance To The State Semifinal 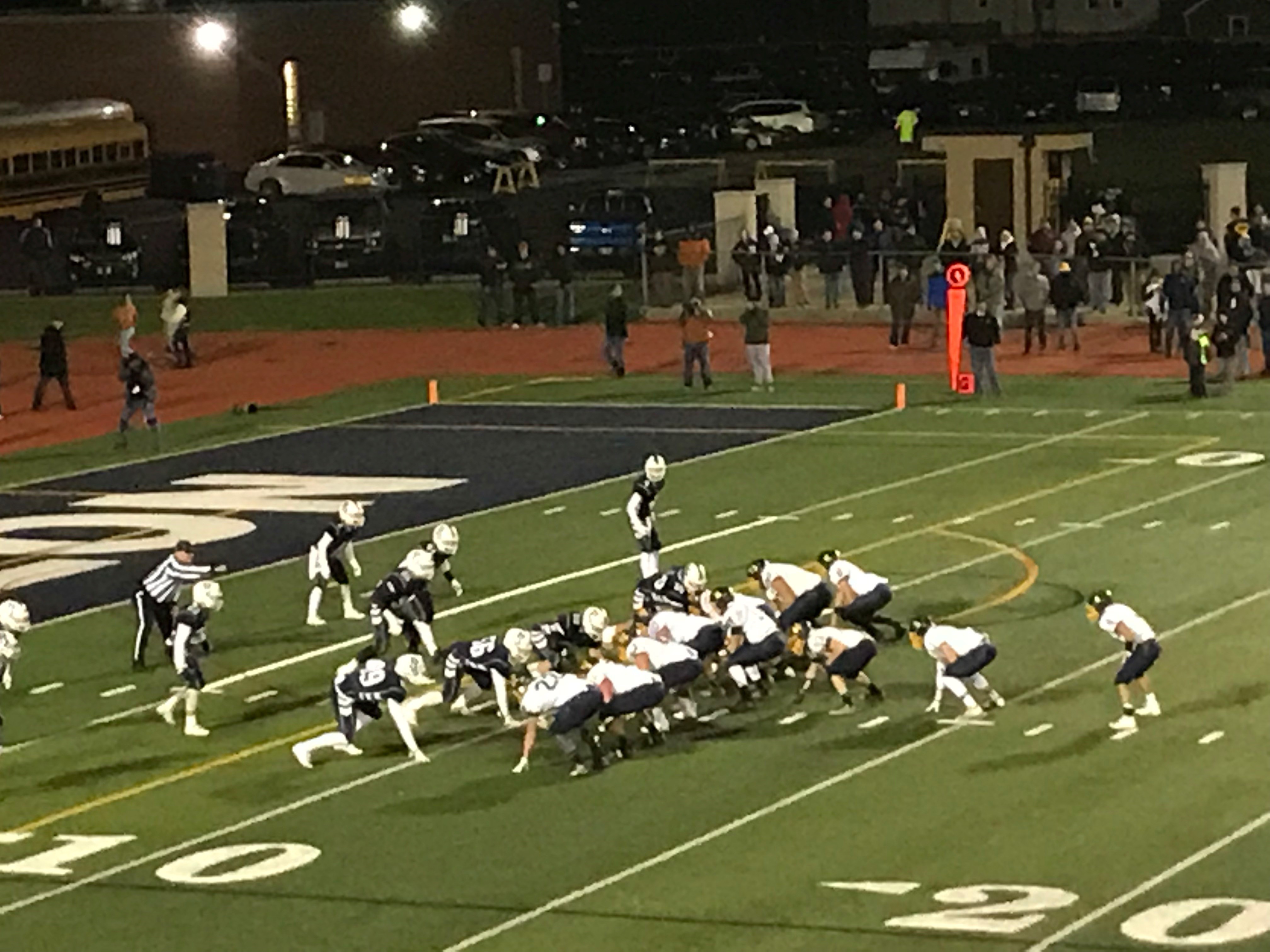 SOLON, OH- Both, Rootstown and Kirtland headed into Friday nights Division VI Regional Final Game with impressive seasons. Both schools were undefeated, bringing high-powered rushing offenses to Solon High School for a chance to make a trip down to Columbus for the State Semifinal.

A 22-yard field goal by senior Dylan Aquila put the first three points on the scoreboard which gave the Hornets an early lead. That would be all the scoring done in the first 12 minutes as Kirtland shut out the Rovers through the first quarter.

The Kirtland defense was a problem all night for the Rover offense. The first big play made from the Kirtland defense came during Rootstown’s first drive in the second quarter. The defensive front rushed right up to the middle and blocked the punt. This lead to tremendous field possession for Kirtland.

The defense stepped up Friday night for the Hornets when needed the most.

From there, they would quickly capitalize. It took just four plays to find the end zone after the blocked punt. Some trickery ensued from the offense as wide receiver Mike Zeuli threw a wide-open pass to Ryan Lipps for a 29-yard score. The flea flicker rattled the defense of Rootstown.

It was a slow start to the game for Rootstown. Generating just 102 total yards in the first half. In fact, 96 of those yards were through the air. Senior running back and Division VI offensive player of the year, Caleb Kaut was held to just 13 yards rushing through the first 24 minutes.

Kaut has been the centerpiece of this high-powered offense. Heading into Friday nights game, Kaut had run for 2,985 yards, while scoring 34 touchdowns on 259 carries. With him being bottled up behind the line-of-scrimmage almost every play, the Rovers were forced to throw the ball, something they didn’t do much all season.

“The kids up front were tremendous,” Laverde said on stopping Caleb Kaut all night long. “We focused hard this week defensively. We didn’t play great last week defensively, so to see the defense play the way they did tonight was pretty exciting.”

Kirtland continued to carry the momentum early in the second half. They found the end zone just two and a half minutes into the second half. It was capped off by a six-play drive, ending in a six-yard touchdown run from junior running back Jake Neilbecker.

The turning point in the game came with 1:34 left in the third quarter. Jake Neilbecker came down with his second interception on the night just as Scott Steger and the Rovers were driving down the field looking for their first score of the game. From there, the Kirtland offense had complete control of the game and ran precious minutes off the clock by feeding their running backs.

The win now puts Kirtland back into the State Semifinals yet again. The trip this year will be the sixth time in the past seven years that this team will make its way down to Columbus.

Coach Laverde has full faith that his guys can bring back another Championship to Kirtland High School.

“It’s amazing going back,” Laverde said. “They learned what other kids have done in the past. These kids take pride in what they do and they grinded one out today against a very good team. I’m proud of them.”

The loss is something Rootstown has to deal with for the first time all year. Unfortunately, it’s the last time we’ll see this team play another game. Hats off to an unforgettable season for the Rovers.

It’s unsure who Kirtland will play in Colombus, but coach Laverde will be sure to have his men ready to play a complete game.

“One day at a time. One clip at a time,” said Laverde. We’ll get the films and break it down. We’ll try to coach our kids up to give them the best chance to win.”

The junior was the star on both offense and defense Friday night. he carried the ball 22 times for 71 yards and a touchdown. Neilbecker played a physical game, brushing off defenders and forcing his way past the defense.

He was also a playmaker on defense coming down with two interceptions. Whenever the offense or defense needed a big play, Jake was there to do just that. He’ll be a critical part on both ends as the Hornets travel to Columbus for the State Semifinal.