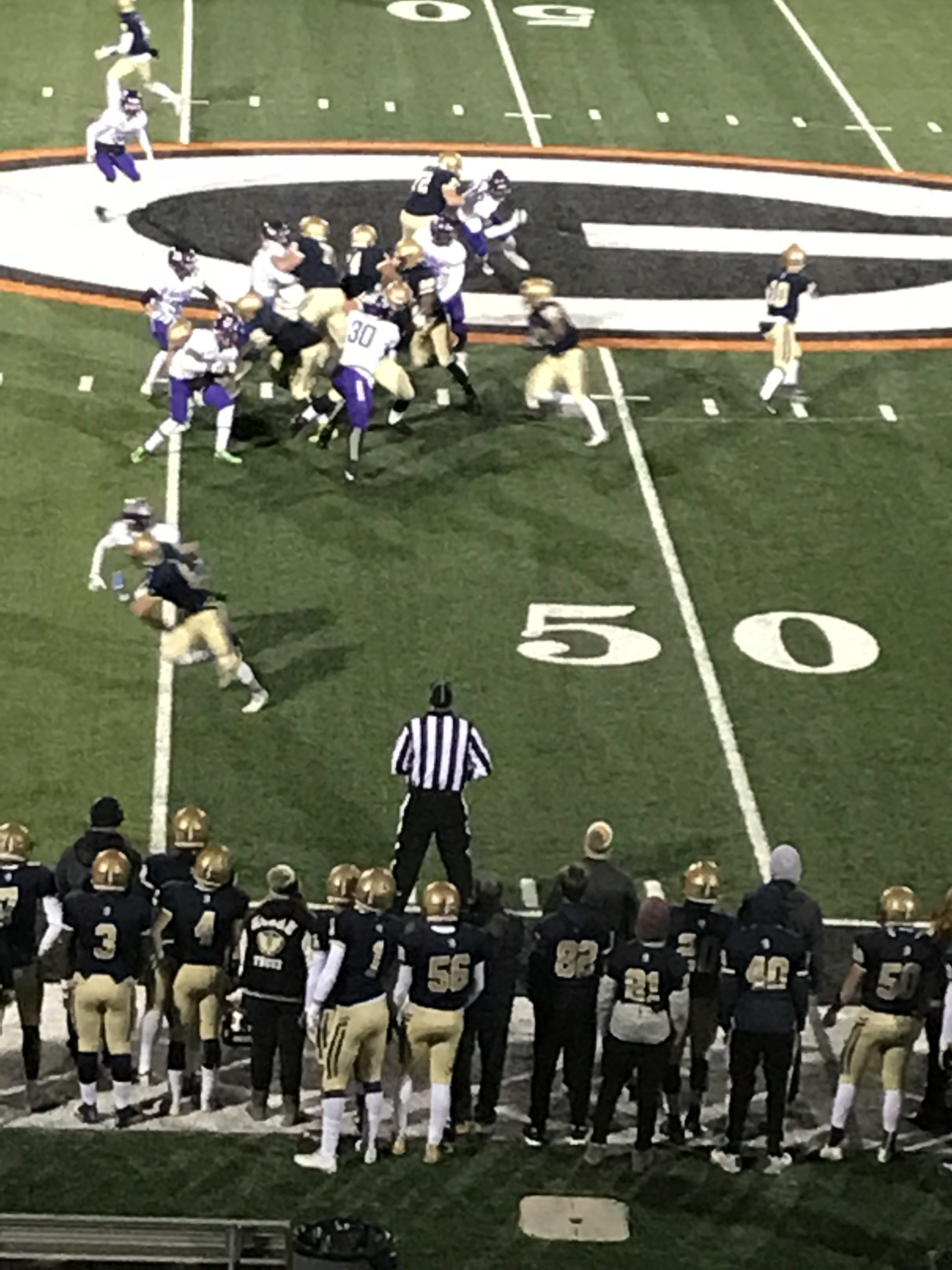 UNIONTOWN, OHIO – It was the game everyone in Summit county was waiting for, as the Hoban Knights (11-1) took on the undefeated Barberton Magic’s (12-0) in a Division ll Regional Finals matchup.

In the end, it was too much Hoban, as the Knights took care of business to move on in the high school playoff march, topping the Magic 42-13.

Barberton jumped out to an early first quarter lead as NEOSI HS Player of the Year Zane Ries completed a few passes, had a 20 yard run and Keye Thompson finished off the drive with a one-yard touchdown run to take a 6-0 lead after a missed extra point. Unfortunately for Barberton the magic ran out after their touchdown drive.

The Knights would enter the second quarter a different team as their offensive line dominated Barberton up front. The combination of Tyris Dickerson and Deamonte Trayanum was too much to handle in the second quarter.

The running back tandem combined for over 130 rushing yards and three touchdowns in the 2nd quarter. Davian Pete and the Hoban’s defense proved to be too tough for Barberton’s offense in the second quarter.

They were able to hold Keye Thompson and Jeff Parker to under 10 rushing yards in the first half. Hoban would take a 21-6 lead into half after a commanding 2nd quarter performance.

Coming out of halftime Barberton would try an onside kick but fail, giving Hoban great field position and they would continue the onslaught from there. Trayanum would score on a 29-yard run, followed by a pick six from Matt Salopek.

If there was still any hope left from the Barberton fans, Trayanum ended it with another touchdown run of two yards. Hoban would go on to win 42-13 and improve to 12-1.

The Barberton Magic ended their amazing season 12-1. Hoban will face the winner of Avon and Olmsted Falls.