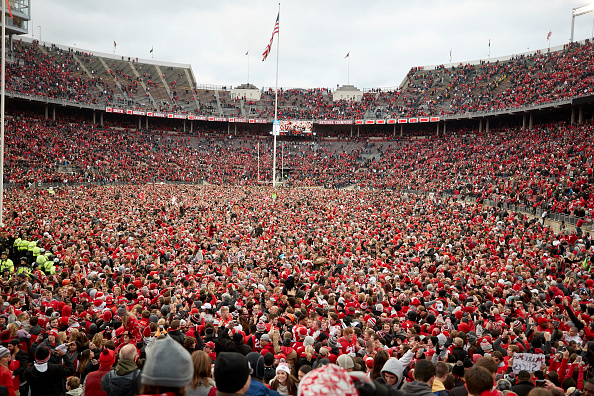 How many people tuned into ESPN’s College GameDay Saturday to get ready for the now epic showdown between Ohio State and Michigan.

Turns out a lot. Probably more than you think.

The sports giant today announced that the show, which aired five hours up until kick at 12pm, drew a whopping audience, the most in the show’s history from just outside the Horseshoe down in Columbus.

According to the tweet below from ESPN’s Darren Rovell, 2.6 million people watched the crew leading up to the double overtime thriller eventually won by the Buckeyes.

College GameDay at Ohio State this past weekend was watched by more than 2.6M people, the most watched episode in the program's history.

So you can bet next year before the Ohio State-Michigan game in Ann Arbor, ESPN will once again have their trucks parked right outside again doing their show leading up to yet another Buckeye beatdown of the Wolverines.