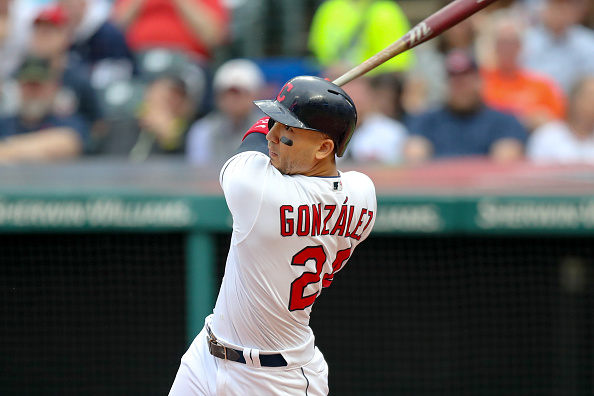 There was one question I found myself asking when the Cleveland Indians called up Oscar Mercado last week. Were they actually going to give the popular prospect a chance to stay, or were they just going to send him down in a couple weeks, once again prioritizing veterans over younger players?

It appears the answer came yesterday, when Cleveland announced it had designated veteran outfielder Carlos Gonzalez for assignment. While the move was made to make room for another catcher while Roberto Perez recovered from a concussion, it does seem to indicate Mercado’s stay will be longer than a couple weeks.

While that’s all well and good, this move also means something else entirely.

The Indians releasing Gonzalez seems to highlight their realization that time is no longer on their side. They can no longer afford to be patient with struggling vets they value for clubhouse leadership.

Simply put, their hole in the division standings continues to grow. As a result, they need to stick with anything that’s working, even if it means having to DFA the kind of veteran presence they typically value.

Manager Terry Francona seemed to lend credence to this thinking when commenting on Gonzalez’s release.

“It was so hard because we loved the way he carried himself,” Francona said. “But I feel like we’re also at a point where we need to find out about some of these younger guys and if we don’t find out that could be a mistake.”

If you’ve followed the Indians for the past few years, you know this isn’t Francona’s typical approach. More often than not, he’s favored veteran players over prospects. It never seemed to matter if the younger players in question showed more promise, they were typically put on the back-burner to make room for vets he could trust.

Of course, this was easier to do when Cleveland had the luxury of a sizable lead in the standings. Turns out patience is a little tougher to come by when you’re sitting seven games behind the division-leading Minnesota Twins.

This, I believe, is what led to Gonzalez being axed earlier than some anticipated.

Sure, Gonzalez was struggling, hitting just .210 with only seven RBIs. Cleveland signed him hoping to add some (affordable) power to its lineup, and the move never quite panned out.

In previous seasons, this wouldn’t have mattered. Gonzalez is the kind of player Cleveland typically gives extra leeway to.

Honestly, if the team were in first, I’d bet he’d still be in town. Francona would’ve likely addressed Gonzalez’s struggles at the plate by preaching patience, while also highlighting all the great things he brings to the clubhouse.

Instead, as their ineffective offense has them falling further down the standings, the Indians can no longer afford to prioritize experience over hitting.

In a sense, this is a good thing. Mercado has shown some potential in his short time with the team, so you would’ve hated to see him get sent back down to ensure an ineffective Gonzalez doesn’t lose his roster spot. Francona has made moves like this a couple times over the past few years (see: Diaz, Yandy).

As welcome as this change in approach is, though, the simple fact is it’s happening out of necessity.

Cleveland isn’t being patient anymore because it no longer can. The team can’t sit and wait for past-their-prime clubhouse leaders to come around at the plate anymore.

So, while some may see the Indians’ deciding not to hold out hope for Gonzalez’s bat as a relief, the truth is it’s anything but.

Instead, it’s a sign they’re starting to feel the pressure when it comes to fixing this offense, and preaching patience is no longer an option.