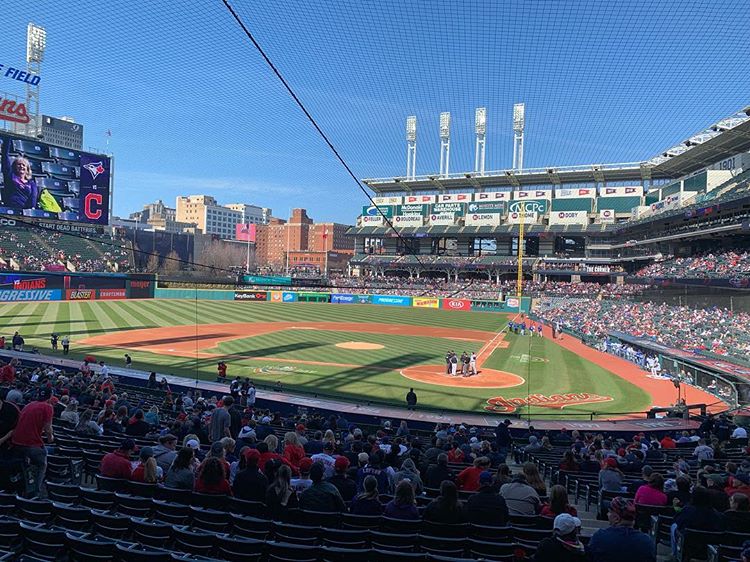 The Indians wasted a beautiful late Spring day at Progressive Field once again falling victim to a team that simply has their number this season, the Oakland A’s.

For the fifth time in six meetings, the A’s walked off the field winners over the Indians, Wednesday building a big lead with early runs for a 7-2 win.

The Indians bats did little to put up a fight, scoring two runs on a Jake Bauers two-run homer in the eighth. Frankie Montas blew past the Tribe with six shutout innings.

Now at 25-23, the team is 3-4 on their latest 11-game homestand. They will play host to the Rays starting for four games on Thursday night.

1. Rodriguez a Step Back

The Indians have to have a degree of patience with young pitcher Jefry Rodriguez, as Wednesday marked just the 14th start of his young MLB career.

With that, this was a start to forget. He couldn’t find the plate in the first inning, and quickly fell behind a number of A’s batters, a sure sign of trouble.

He walked four batters, striking out three, allowing a homer to Nick Hundley in the second to make it 3-0. Oakland put up runs in first four innings to build a 5-0 advantage.

The four innings was the shortest start of Rodriguez’s career. His shortest start prior to that was a 5.2 inning outing against the Royals in what was his first start with the Tribe.

2. Another Rough Day at the Plate

The offense was 0-for-9 with runners in scoring position, and while they managed eight hits with six walks, the only runs of the day came on one swing from Jake Bauers in the 8th inning.

Mantos, who moved to 6-2 with the win, used his fastball to set up his breaking stuff, keeping the Indians off guard all afternoon.

The offense continues to be up and down now 48 games into the season, and there’s still a lot of inconsistency in the daily lineup.

Carlos Santana and Frankie Lindor are the only two players on this team hitting over .290. It still has way too many players hitting .230 or less (five in total).

3. Starting Woes on the Rubber

Five innings from Carlos Carrasco, six innings from Trevor Bauer, and four from Rodriguez. That’s 15 innings out of 27 from Indians starters over the last three days, which is going to drive up the blood pressure for Terry Francona and Carl Willis.

If there’s one thing that this team needs to count on is innings from their starters, and over the last three days they didn’t get it, taxing the bullpen.

You can almost excuse what Rodriguez did in the finale knowing he’s young, but Carrasco and Bauer didn’t do the team any favors with their short outings.

Now with four games coming against the Rays, this team needs stronger outings from the likes of Adam Plutko, Shane Bieber, Carrasco and Bauer.

If the pitching keeps going south, this division could turn ugly quick with the way Minnesota is playing.