CLEVELAND – The Browns have released a statement regarding the suspension of offensive line coach Andy Moller.

“Browns offensive line coach Andy Moeller has been suspended indefinitely by the team effective immediately. Over the weekend, Andy was involved in an incident, involving allegations that we take very seriously. We have followed our internal protocol, determining that right now it is best for the team and for Andy to take time away from the organization to focus on his personal matters. We are going to respect the process of investigation on this personal matter and will have no further comment at this time.”

Both Andy Moeller and his family have lengthy histories with alcohol-related incidents. 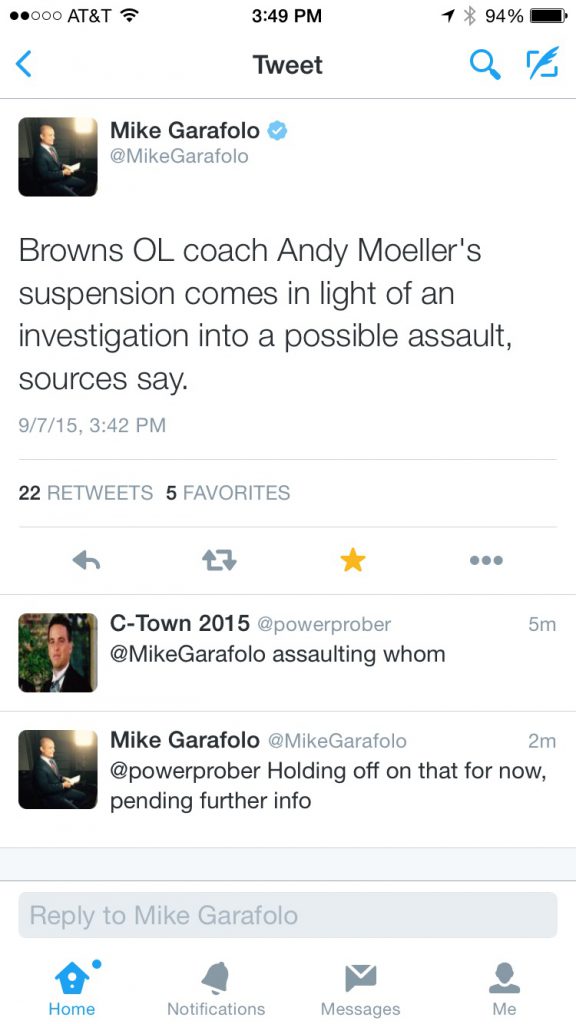 Browns Ink QB Austin Davis
Browns Get Back To Practice, Talk About Changes