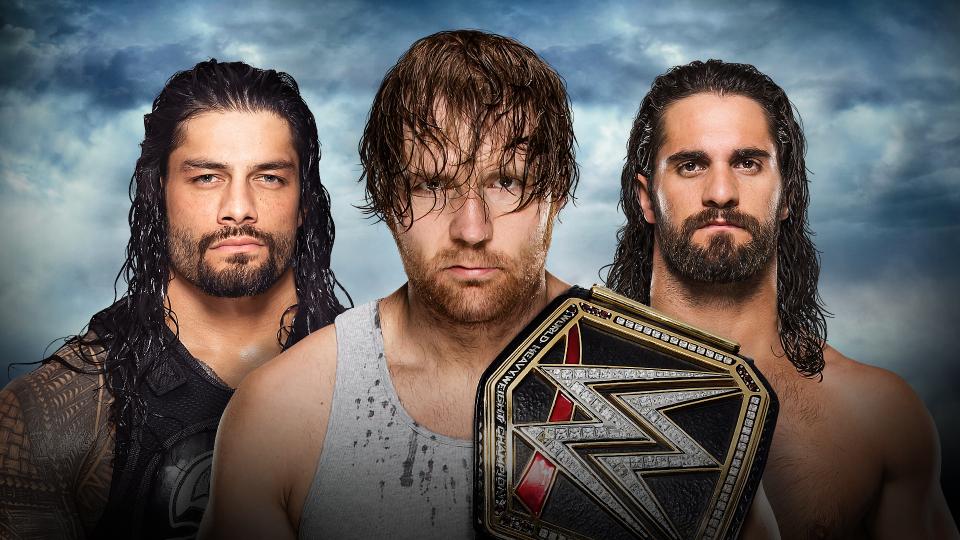 Stay tuned to this blog for live results from tonight’s WWE Pay Per View Battleground.

In the free “PRE Match”

The WWE creative team continue to squash one of their more popular and talented teams in the USO’s.

BREAKING NEWS – BAYLEY IS ON WWE!!!!!!! SHE JUST SHOWED UP AT BATTLEGROUND AS SASHA BANKS PARTNER

As predicted earlier this week, Charlotte taps out to Sasha Banks, as the Champion usually does in a non title match. Predictable outcome, but still cool to see Bayley show up.

The Wyatt Family vs The New Day

In their last match at full capacity, The Wyatt Family dominated The New Day and cruised to victory, as yet again, as predicted, a champion team lost in a non title match. Same formula in the first two matches thus far.

Up Next Rusev vs Zack Ryder

Ryder put up a good fight before the Monster Rusev put him away for good with the Accolade.

After the match Mojo Rawley showed up to get in the face of Rusev who promptly backed down.

Things are about to get emotional as the Sami Zayn vs Kevin Owens hype video is playing.
Lets see how the match plays out here…………

In what could easily be the match of the summer, it was Sami Zayn earning a measure of revenge against his long time rival Kevin Owens with a kick to the face, and pin fall victory. It was a 5 star match to end this emotional feud!

Very hard to follow that last match. But they tried. It was nice to see Nattie get a PPV victory.

Wow, this pay per view is bad. Double DQ , err, Double countout???? Not real sure, just glad it is over.

This is why you NEVER do a pay per view days after a draft. The draft should have been tomorrow, this is so predictable.

Up next AJ Styles & The Club vs John Cena with Enzo & Cass.
This should actually be good.

Annnnnnnnnnnnnnnd it was, Enzo and Cass with an incredible promo to get the crowd going after a very stale start to this PPV.

Solid match that saw Cena and Enzo & Cass pull off the win. Great chemistry that will see both feuds continue on both brands.

Well a blind man can see this next segment ending with a RKO on Chris Jericho.

Well, that was sure obvious!

Time for the main event.

For the WWE Heavyweight Championship

In an upset of sorts – Dean Ambrose hangs on to the title with a dirty deeds pin fall victory over Reigns.

So Reigns loses cleanly, a clear sign that the WWE elected to punish him for the suspension!