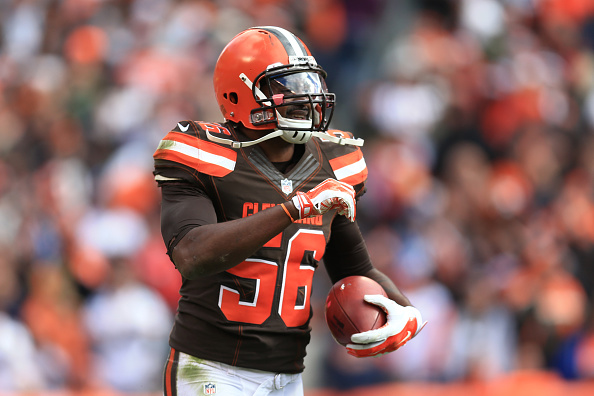 There isn’t a reason that these guys can’t eat up blocks. So let’s look at the next level with our inside linebackers. The Browns have Karlos Dansby as their main guy.

Dansby has played relatively well this year, leading the team with 54 tackles and having two interceptions to go with it. However, he is 33 and not the athletic guy that is going to make a difference. The Browns also have an injured Craig Robertson who has had his up and down seasons with the Browns and Christian Kirksey who is more of a pass coverage guy than a run stopper.

So what can we do to fix it? To make this comparison easier, I am going to go back to D’Qwell Jackson. D’Qwell was a really underrated MLB for the team since he came into the league out of Maryland in 2006 until 2014 when he departed for the Colts.

Since joining the team in 2006, the Browns have ranked in the top half of the NFL in total defense only twice, in 2011 and 2013. What both of those years had in common is that D’Qwell led the team in tackles by a wide margin.

When a safety leads your team in tackles three possibilities come to my mind. First is that a safety is needed to come into the box in order to help stop the run.

Second, the front seven isn’t doing a well enough job that teams are getting into the last line of defense. Finally, the team is so bad against the pass that teams are constantly throwing all over them forcing the secondary to make tackles.

The only exception to any of these trends was in 2008 when Jackson had 154 tackles and the Browns ranked 26th overall. When you put the data together, eight out of nine years is consistent enough for me to call it a trend.