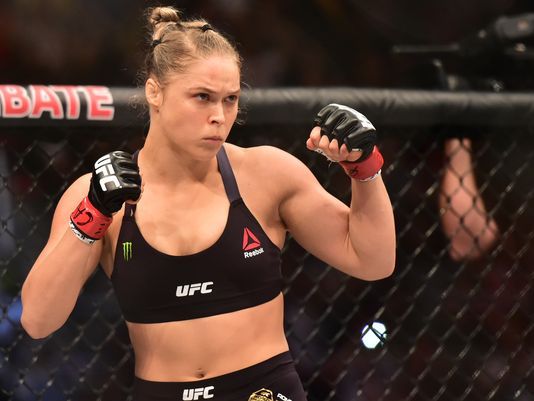 There’s been a ton of speculation on what the WWE could be planning for WrestleMania 34 this year. With the latest report on Monday, the rumors will be swirling around as each day passes.

According to PWStream, former UFC Women’s Bantamweight Champion is heading to WWE after agreeing to a deal with the company.

The Ronda Rousey deal is done. No news on who’s she’s facing at Mania; the 4-on-4 horse women match is still a possibility. Don’t expect to see her in the Rumble, though – unless WWE are craving major main stream attention. #RoyalRumble

Rousey has been in talks since appearing at WrestleMania 31 alongside The Rock to confront Triple H and Stephanie’s McMahon. Since then, the whole world has been waiting to see when Rousey would next appear in the squared circle. It seems as if that day is very close to happening.

It makes a lot of sense for both parties. Rousey can find another niche and have fun with it while the WWE will make oodles and oodles of money on merchandise and ticket sales. Not to mention the mainstream media attention Rousey’s every move will create.