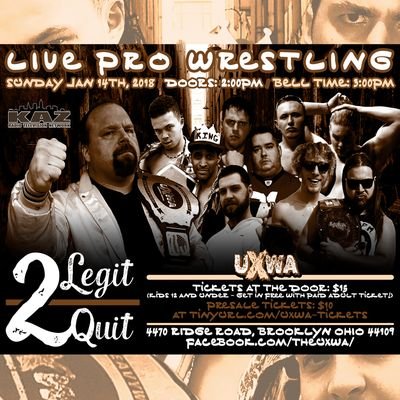 Winner Razorsharpe via dq when Wendigo pushed the referee down. Then after the match the Army jumped Razorsharpe and his partner Kaoz returned after 3 years away to save him. The crowd popped hard for the return of Kaoz.

Match 5 The tag team title match PME vs The Production

Winners PME via dq when Eddie only interfered

In a Brooklyn street fight.

This match had everything from chairs to tables to guard rails but in the end there was only one winner. Winner and new uXwa heavyweight champ excellent personified Brian Carson.