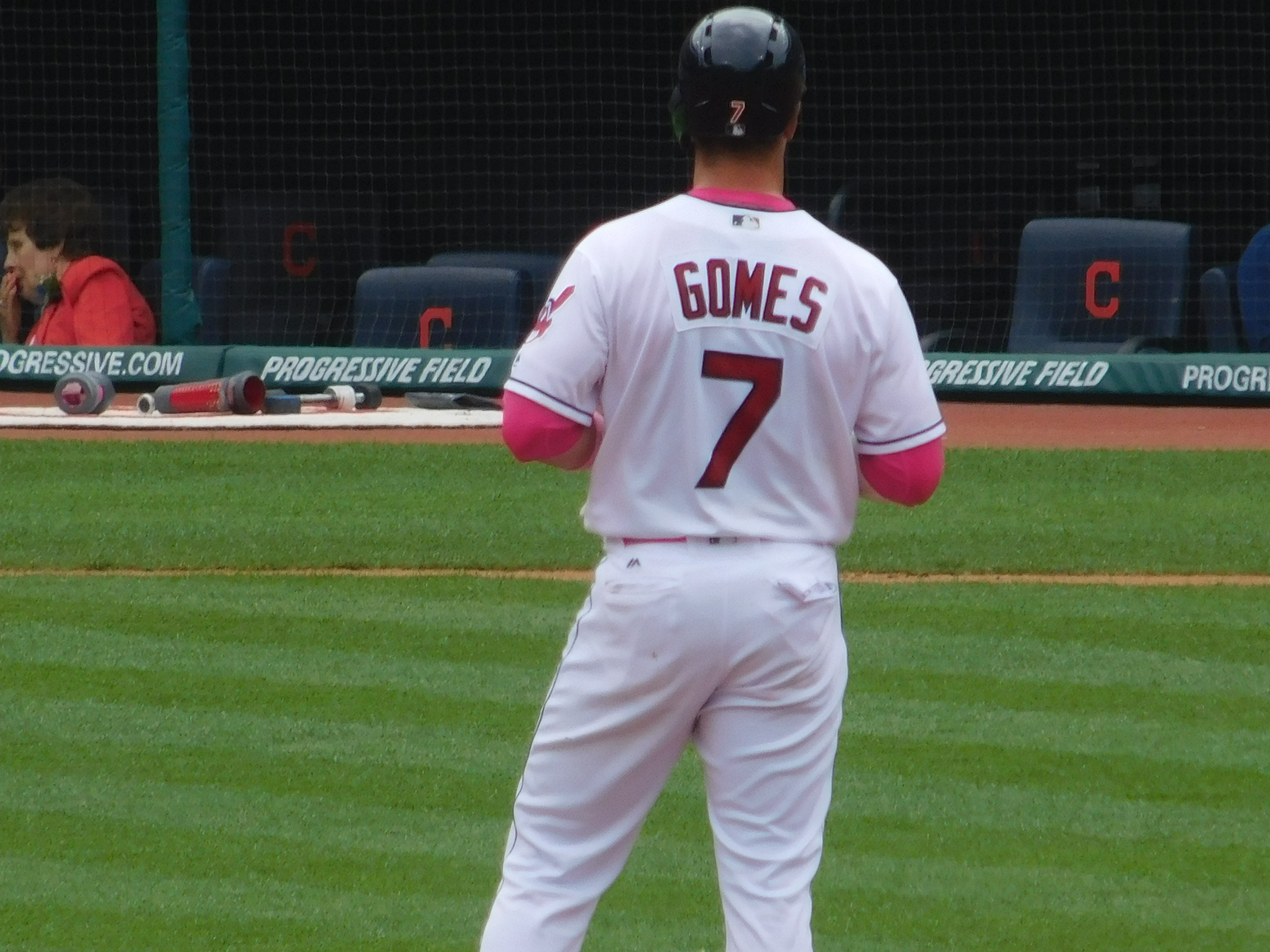 In an effort to shed payroll as well as get younger, the Indians are floating a number of players on the market as possible trade bait, and while the efforts thus far seem to have been focused on two starting pitchers, another player is reportedly getting a lot of interest as well.

That player is catcher Yan Gomes, who is coming off an All-Star season at the backstop position, this after hitting .266 with 16 homers and 48 runs batted in.

While Gomes’ offensive numbers are not overwhelming by baseball standards, it’s his ability on defense as well as to call games behind the plate that has made him so valuable to the Indians the past six seasons.

Ken Rosenthal reports that while the starting pitching is still garnering a ton of interest on the trade market, Gomes’ contract is a favorable one to a lot of teams, which is why he’s also getting a lot of interest.

#Indians drawing significant trade interest in catcher Yan Gomes as well as SPs, sources tell The Athletic. Gomes earning $7M in 2019 with $9M club option for ‘20, $11M opt for ‘21. Rival exec says CLE “scrambling to get young players.” Perez and Haase only other Cs on roster.

As Rosenthal mentioned, if the Indians do find a trading partner for Gomes, they do have Roberto Perez and Eric Haase waiting to take his place as the full-time catcher, and they could also deal for another catcher as well this offseason.

Perez is another good defensive catcher, but his offensive numbers have always lacked, last season hitting just .168 with two homers and 19 runs batted in, while starting 55 games at the catcher spot.

In his five seasons with the Tribe, Perez has always been a backup, and some wonder if his offensive numbers will get better if he can get a full season as the team’s #1 catcher.

He’s also battled some injury issues, like a thumb injury back in May of 2016 that forced him to miss quite a bit of time.

It was that season the team tried to get catcher Jonathan Lucroy from Milwaukee, as Gomes was having an awful season as the teams’ starting catcher, but Lucroy vetoed the deal, which allowed Perez to end up as the Indians top catcher in the postseason run, and he played well in their march to the World Series.

He made his Indians debut in September, and the team was impressed with him in the spring after drafting him in the seventh round in 2011.