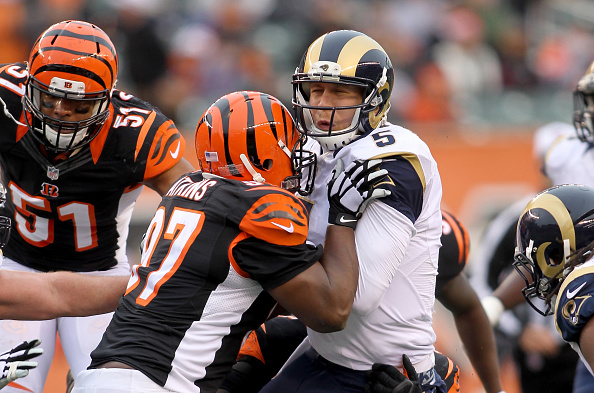 26. MIAMI DOLPHINS (26) 4-7
Dropped this team pretty steep last week and the decision re-paid itself. Miami struggled mightily over containing any of the Jet’s receivers or Chris Ivory and as a result they drop another game in the Dan Campbell interim head coach era.

27. ST. LOUIS RAMS (25) 4-7
Todd Gurley was held to just 19 yards on 9 attempts this past weekend against the Bengals. The Rams have now dropped 4 games in-a-row and the season seems to be slipping away from Jeff Fisher.

28. SAN FRANSISCO 49ERS (28) 3-8
Giving the red-hot Cardinals a game is never easy, especially for the Blaine Gabbert and the injury plagued 49ers. Despite finishing with a 94.4 QBR and tossing the ball for over 300 yards, San Francisco was unable to topple the Cards.

29. SAN DIEGO CHARGERS (31) 3-8
The low men on the AFC West totem pole is none-other than the San Diego Chargers. Given the injuries to just about everyone except Philip Rivers and the water boy, the expectations were not extremely high to begin with. However, Rivers has a way to keep his team in a game and he shows that from time to time.