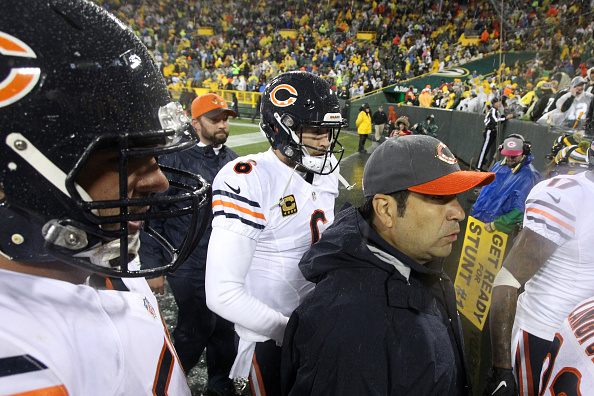 14. BUFFALO BILLS (11) 5-6
Despite some Madden 16 type performances out of Sammy Watkins and Tyrod Taylor, the Bills were unable to cash in a victory this past week and now sit below .500. They’ll welcome the Texans in Week 13 to Ralph Wilson Stadium and hopefully will be able to find some footing on the defensive side of the ball that frightened opposing offenses a year ago.

15. NEW YORK GIANTS (12) 5-6
The Giants really need to be careful these next few weeks. Losers of now two straight the G-Men are in jeopardy of forfeiting the NFC East to the Redskins. Finding a groove in the run game could possibly push this team over the hill because Coughlin’s choice to go with a four headed backfield monster has proved to be unproductive.

16. CHICAGO BEARS (20) 5-6
After Green Bay lost their first home game this season some said it couldn’t happen again – especially not on the night the Packers retire Brett Favre’s number on Thanksgiving Day. The Chicago Bears had different plans. Following some good defensive series, the Bears have now won 3 of their last 4 and are slowly creeping back up the ladder.

17. OAKLAND RAIDERS (18) 5-6
Having Derek Carr in command of the football is something most Raiders fans are okay with. After throwing for 330 yards and 3 TDs, the second-year QB evaded the loss and marched Oakland up and down the field to beat the lowly Titans. Seth Roberts and Amari Cooper (rookies) both eclipsed 100 yards receiving on the day.