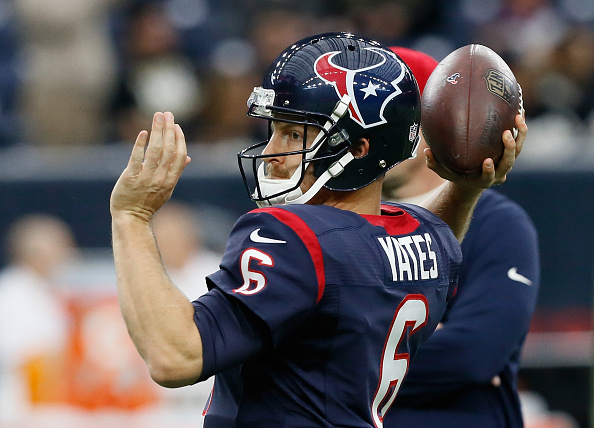 10. KANSAS CITY CHIEFS (14) 6-5
Winners of now 5 straight, the Chiefs are on a roll. At the start of the season many had the Chiefs near the top on rankings lists, (NEOSI had them at 3 for Week 1) and now Kansas City is gaining some recognition for racking up the W’s. Spencer Ware was a nice find for many fantasy football players and Chiefs fans alike and it will be interesting to see if the Chiefs make some noise in the post-season conversation.

11. HOUSTON TEXANS (15) 6-5
Houston, there really doesn’t seem to be a problem. Handling the Saints with ease, the Texans are now winners of four straight games. Brian Hoyer started strong last week, going 7-7 and capping off the opening drive with a TD. A few spots below you’ll see their competition for AFC South supremacy.

12. NEW YORK JETS (16) 6-5
Connecting with Brandon Marshall for 131 yards and 2 TDs, Ryan Fitzpatrick ruled the air this past week tossing 5 total TDs. The Harvard alum has done a stunning since replacing sure-fire starter Geno Smith for the start of the season. The New York civil war will take place when they go against the Giants this upcoming week.

13. INDIANAPOLIS COLTS (17) 6-5
Matt Hasselbeck this season: 64.7% completion rate – 1,023 yards – 7 TD 2 INT – 94.4 QBR. Will be interesting to track Andrew Luck’s health and see if the Colts decide to stick with the savvy vet in Hasselbeck. If nothing is broke, should they attempt to fix it? Obviously Luck is the franchise QB but when you’re getting strong play from the back-up on a consistent basis it makes for a tough decision.