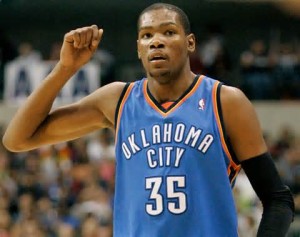 The Thunder may not get as much hype as San Antonio and Golden State, but they are a dangerous team in the Western Conference and should not be slept on because of the duo of Durant and Russell Westbrook. There are few players at any position a coach would rather have than Durant.