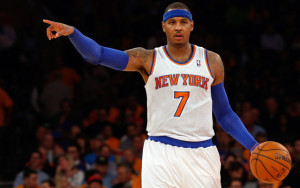 It may not seem like much, but for a player whose reputation has largely consisted of being a ball-hog, Melo is becoming more of a facilitator with some help from rookie-sensation Kristaps Porzingis, and the Knicks are in the hunt to make the playoffs. A first-round matchup between the Knicks and Cavaliers is not out of the question and we all know the great duels Melo has had with LBJ even going back to their high school days. Anthony is an All-Star Starter because of the fan vote, but deserves to be on the All-Star team, at least as a reserve anyway.