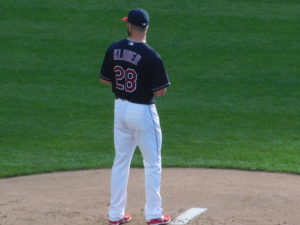 2. Falling apart in the ninth inning

After making it through four and two-third superb scoreless innings, Kluber gave up a home run to Boston’s Mitch Moreland on an 89 mph cutter: 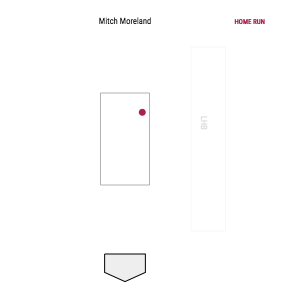 It was Moreland’s 15th home run of the year, and the 17th homer that Kluber has given up this season.

Boston got their second run of the game on a Mookie Betts RBI single in the eighth inning. Following that hit, Indians manager Terry Francona pulled Kluber.

In the top of the ninth inning, however, Boston opened the floodgates. Joe Smith threw a pitch that Yan Gomes was unable to stop with his glove, allowing Rafael Devers to score from third. Four at-bats later, Brock Holt recorded a double off of Smith to plate Xander Bogaerts.

After Francona pulled Smith, Bryan Shaw gave up a two-run homer to Eduardo Nunez to make the score 6-1 in Boston’s favor.

Prior to the ninth inning, the Indians were down by just a single run, but fell apart on the mound to put the game out of reach.