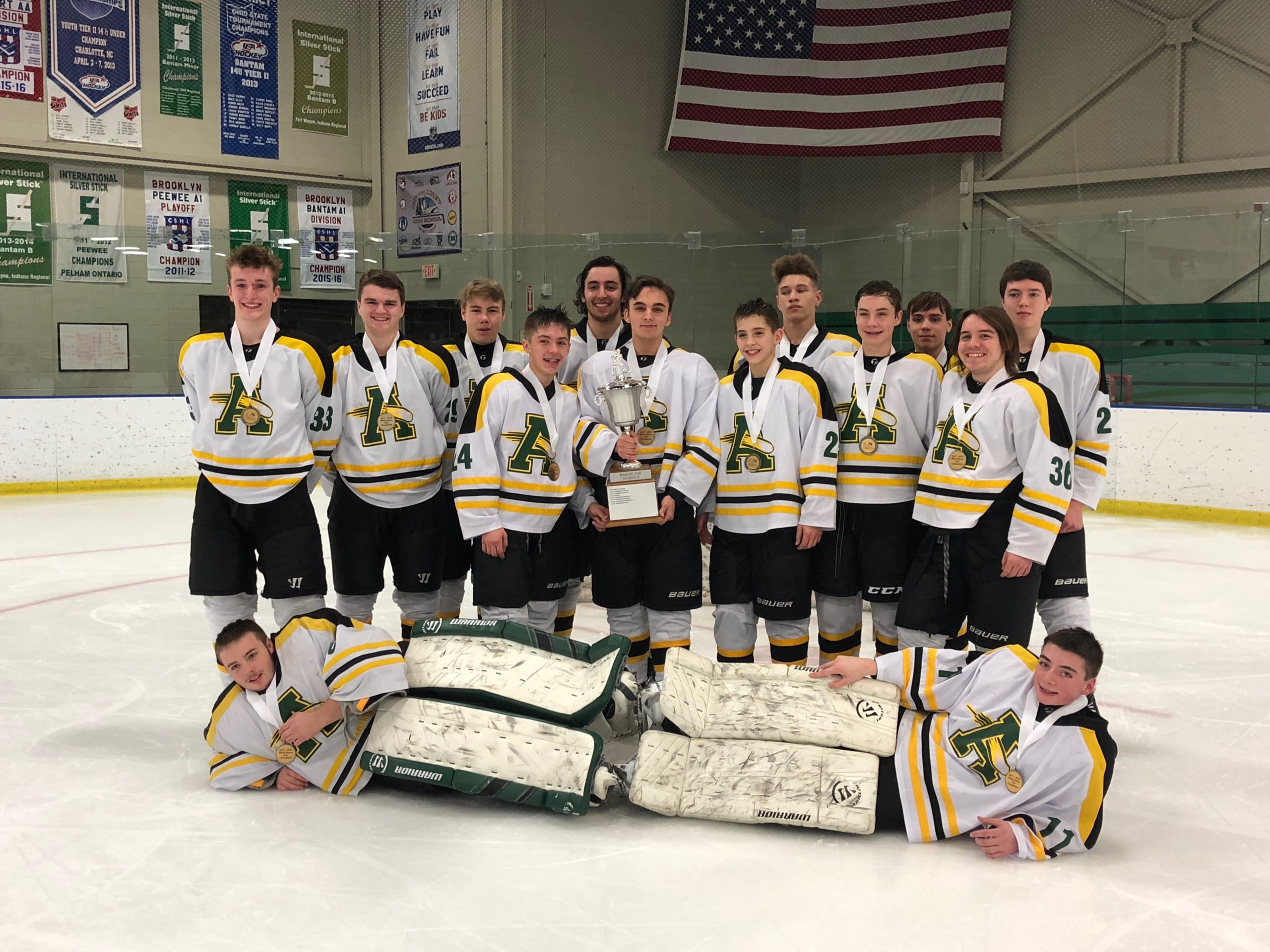 Teams have fought hard all week to make it to ‘Championship Sunday’ of the 2019 Baron Cup, and today six teams will fight for the right to hoist a trophy at the end of the day in Baron Cup I, II and III action.

Saturday was an incredible and memorable day for hockey at the Brooklyn Rec Center, as we saw four games, two of which went into overtime, as four teams advanced to action today.

The kickoff on Sunday will see the #1 seed Parma Redmen look to win their first ever Baron Cup, as they will take on the #3 seed the CVCA Royals.

Saturday saw both teams advance, as Parma shutout the Aurora Greenmen by a final of 6-0. Goalie Colin Pinson was excellent for the second straight game in net for Parma, who have now won two Baron Cup games by a tally of 12-0.

The Royals won a wild 3-2 affair over the Normandy Invaders in double overtime, as Gabe Dearden scored the game-winner less than a minute into the second OT to send the Royals to the title game.

The next matchup will feature in Baron Cup II will feature the high-flying Amherst Comets, who led by scorers Jacob Kramer and Jacob Fekete will look to repeat as champions as they battle the Midview Middies.

Amherst outlasted the Olmsted Falls Bulldogs on Friday night in play by a score of 6-3, as Kramer, Fekete and Mike Giannuzzi all had great games for the Comets in the win.

Midview advanced with a Friday night win over Kent Roosevelt, as Nick Verlotti had a big game in the win for the Middies.

It should be a good one to see if the Middies can stop the Comets. The Baron Cup II title game is set to face off at 3pm.

The Baron Cup I title game will see a matchup between the #1 seed the Mentor Cardinals, as they will take on last years champions, the #2 seed Rocky River Pirates.

To say that Mentor had to play some extra hockey to reach the title game is a bit of an understatement, as they needed no less than five overtimes on Saturday night to take care of business, as they defeated Hudson by a final of 2-1.

Luke Jeffery finally ended the game with an unassisted goal with 2:53 left in the fifth overtime period to send the Cardinals to the win over a game Hudson group.

As for Rocky River, the defending Baron Cup I champs have been solid in two wins over Benedictine and then Saturday took care of business with a 4-0 shoutout over Kenston in the final game of the night.

The Baron Cup I title game will faceoff at 5:30pm.

Don’t forget, you can hear EVERY GAME of the today’s Championship matchups by clicking HERE or heading over to AllSportsCleveland.com – starting Today with the pregame starting at Noon.