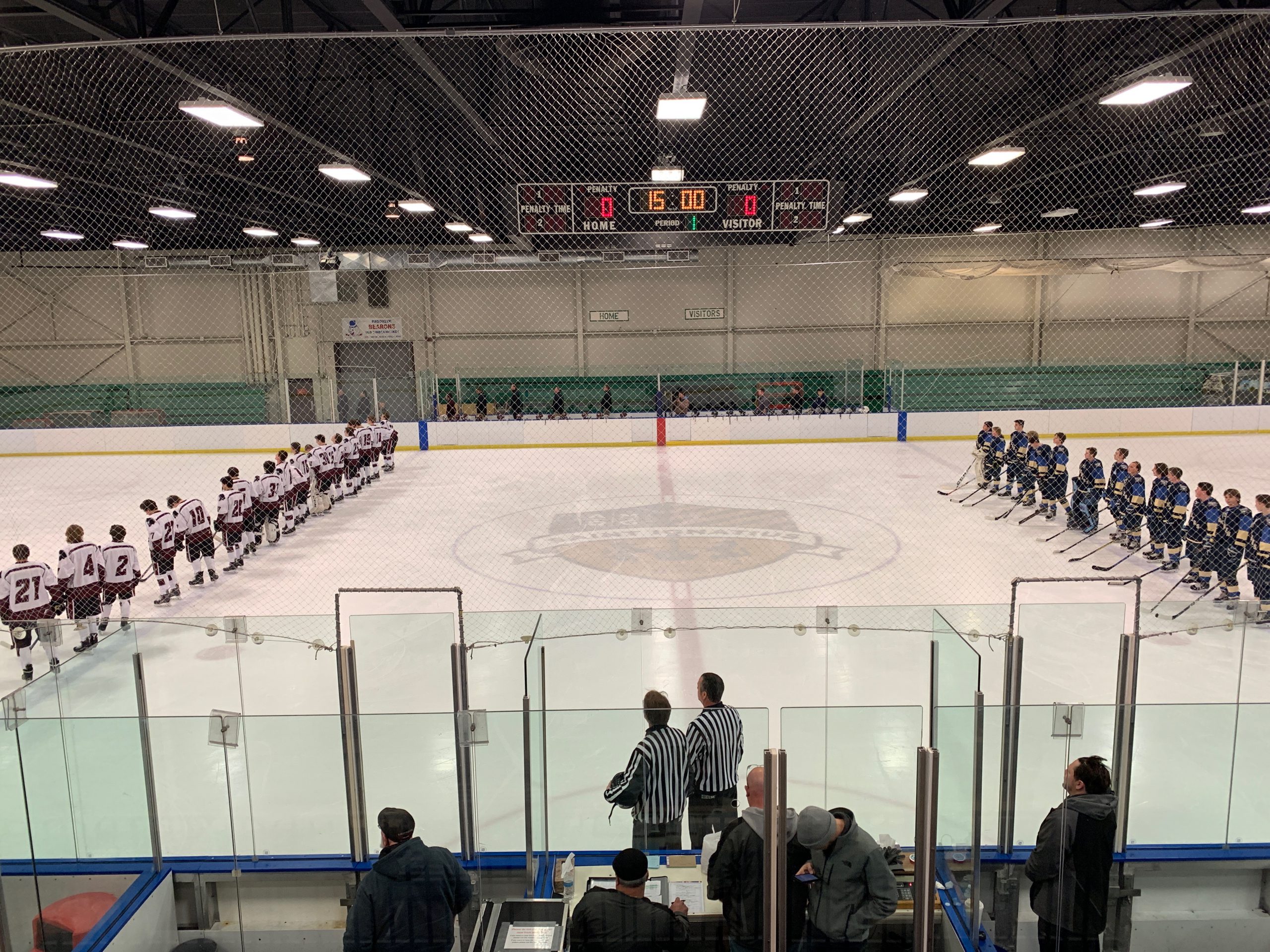 The Rocky River Pirates flexed their muscle and showed why they are still the team to beat in Baron I with a convincing 4-0 win over the Kenston Bombers.

The defending Red league champs may have entered the tournament as a two seed, but after their performance Saturday night, it’s hard to right them off against Mentor in the championship game Sunday night.

After skating past Benedictine in the first round 7-1, Rocky River followed that up with Ethan Mylett’s second shutout in conference play of the season.

The first few minutes of the game were sloppy for both teams, mainly due to the fact that their game which had a scheduled 7:30 start time got pushed back to around 9:20 due to the previous two matchups both going to multiple overtimes.

It took a few minutes for the sticks to warm up for the Pirates but eventually they got things going when at the 12:09 mark in the first frame, Luke Witzigreuter found his teammate Danny Asmar for the opening goal of the game.

Despite the fast start for Rocky River, the Bombers kept it close for the remainder of the first period and the entire second period.

Rocky River had several good opportunities in these frames to extend their lead, but Jason Hildrebran in between the pipes for Kenston knocked away shot after shot to keep the score 1-0 going into the final frame.

Persistence paid for River however as the constant peppering finally got to Hildrebran with 10:37 left in the third. Ethan Routenberg got one by the outstanding goalkeeper to give his team a 2-0 lead.

Routenberg wasn’t done there, he lit the lamp for a second time in the period a few minutes later to give Rocky River a commanding grasp on the game.

Mylett and the Pirate defense held strong through the remainder of the third period, denying the desperate offensive onslaught of the Bombers.

Zach Pejeau made the final score a little more lopsided than the actual game itself by scoring a goal with under a minute left.

Rocky River will look to go back to back with a win on Sunday. They will meet the top seeded Mentor Cardinals who are coming off of a five overtime instant classic in their semifinal matchup in the Baron I championship scheduled for 5:30 on championship Sunday.