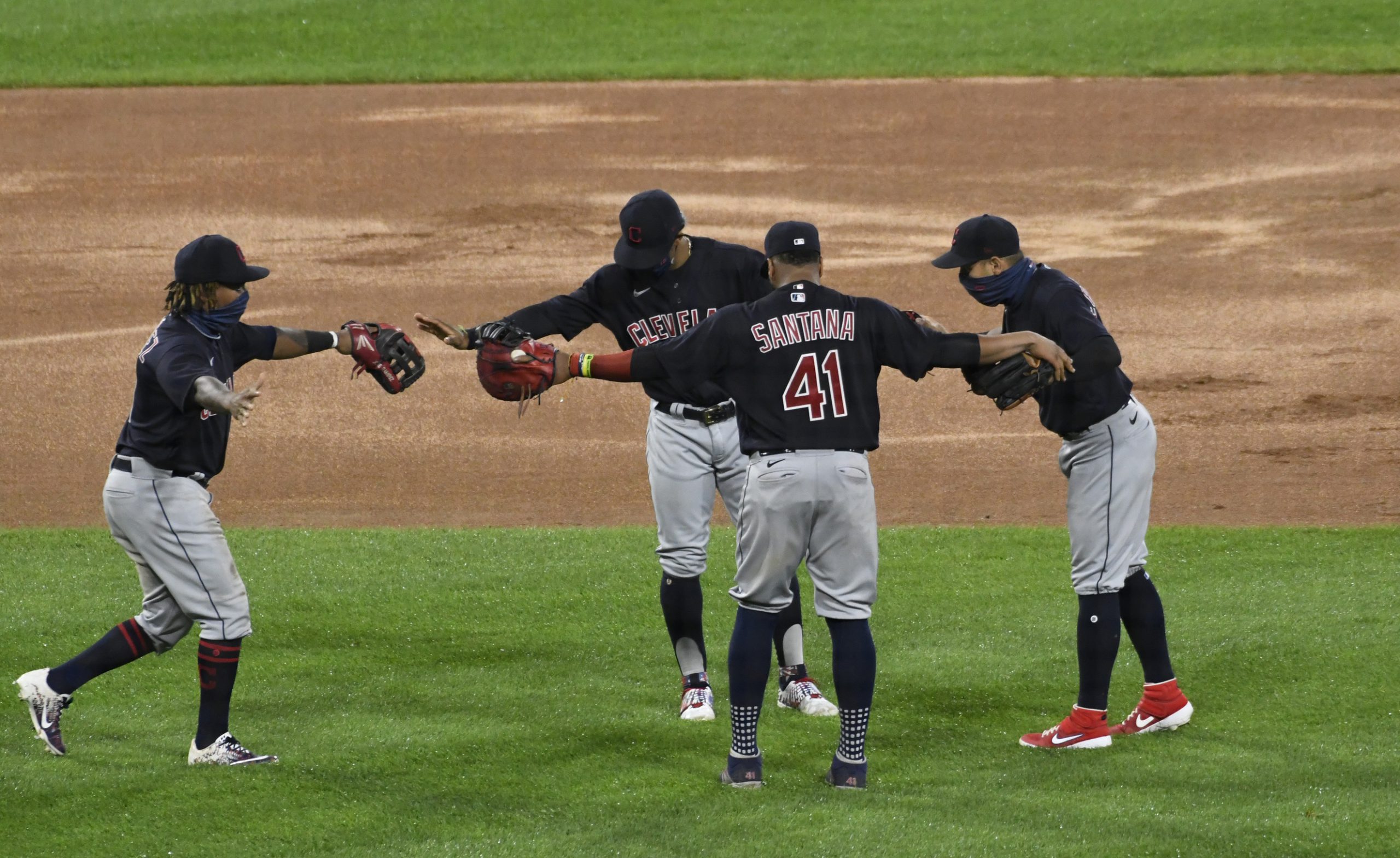 Tonight we had bonus baseball in Chicago as the Indians took down the White Sox 5-4 to move to 10-7 on the season.

Shane Bieber was not as steady in his fourth start as he had been the previous three. Bieber pitched six innings allowing four hits and three earned runs.

He matched his third start total with eight strikeouts but allowed two home runs and walked two batters. Bieber definitely pitched well enough to win this game and with some earlier run support, he would have.

Chicago’s DH Jose Abreu started the scoring off with a deep home run to left field in the bottom of the second inning off Cleveland ace Bieber.

The Indians answered back when Mike Freeman doubled to lead off the top of the third. Sandy Leon followed with a walk.

Freeman was driven in with an RBI double from the second baseman Cesar Hernandez tying the game at 1-1 and sending Leon to third base. Jose Ramirez would rip a single to right field bringing home Leon and giving the Tribe a 2-1 lead.

The White Sox would plate two in the bottom of the sixth with a home run from catcher James McCann and a double from Yasmani Grandal that drove in Yoan Moncada giving the Sox a 3-2 lead.

Cleveland would bring on my favorite reliever, the young fireballer, James Karinchak who was able to hold Chicago in the bottom of the seventh. Karinchak has an extremely impressive curveball that is borderline unhittable along with a 97 mph fastball. He is going to be a huge part of the Tribe bullpen for years to come.

The Indians would finally tie the game when Carlos Santana drew a two out walk in the top of the eighth and than Franmil Reyes smashed a double that split the left and center fielder allowing Santana to score all the way from first, tying the game at 3-3.

The new extra innings rule, which allows each team to start the inning with a runner on second base, played a large roll in helping the Indians score in their half of the 10th.

Ramirez started the inning on second and after a Francisco Lindor fly out to center. Santana was able to move Ramirez to third and reach on an infield single. Delino DeShields Jr. would execute a perfect bunt to bring Ramirez home to score and also reach base.

Domingo Santana would ground into what should have been an inning ending double play but Deshields ran hard into second and was able to affect the throw allowing Domingo Santana to reach safely. Freeman would bring home Carlos Santana with a sharp single to center giving the Indians a 5-3 lead.

Indians closer Brad Hand came on in the bottom of the tenth as heavy rains began to fall in Chicago. Hand would get Luis Robert to hit a deep fly to left but it allowed Nomar Mazara to move up to third base.

White Sox catcher McCann hit a bloop single to center that should have been caught by Bradley Zimmer but he took a step back when the ball was hit instead of charging in on it. This allowed Mazara to score from third and make it a one run game at 5-4. Hand would walk Chicago’s nine hitter Danny Mendick right before the grounds crew brought the tarp out as the umpires called for a rain delay.

After a short 44 minute delay, Indians wily old veteran Oliver Perez came out to face Leury Garcia and got him to pop out on the first pitch. Perez then battled to strikeout Moncado to end the ballgame and get the series win for the Tribe.