Indians Have Chances, Can’t Get Big Hit in 2-0 Setback to Royals 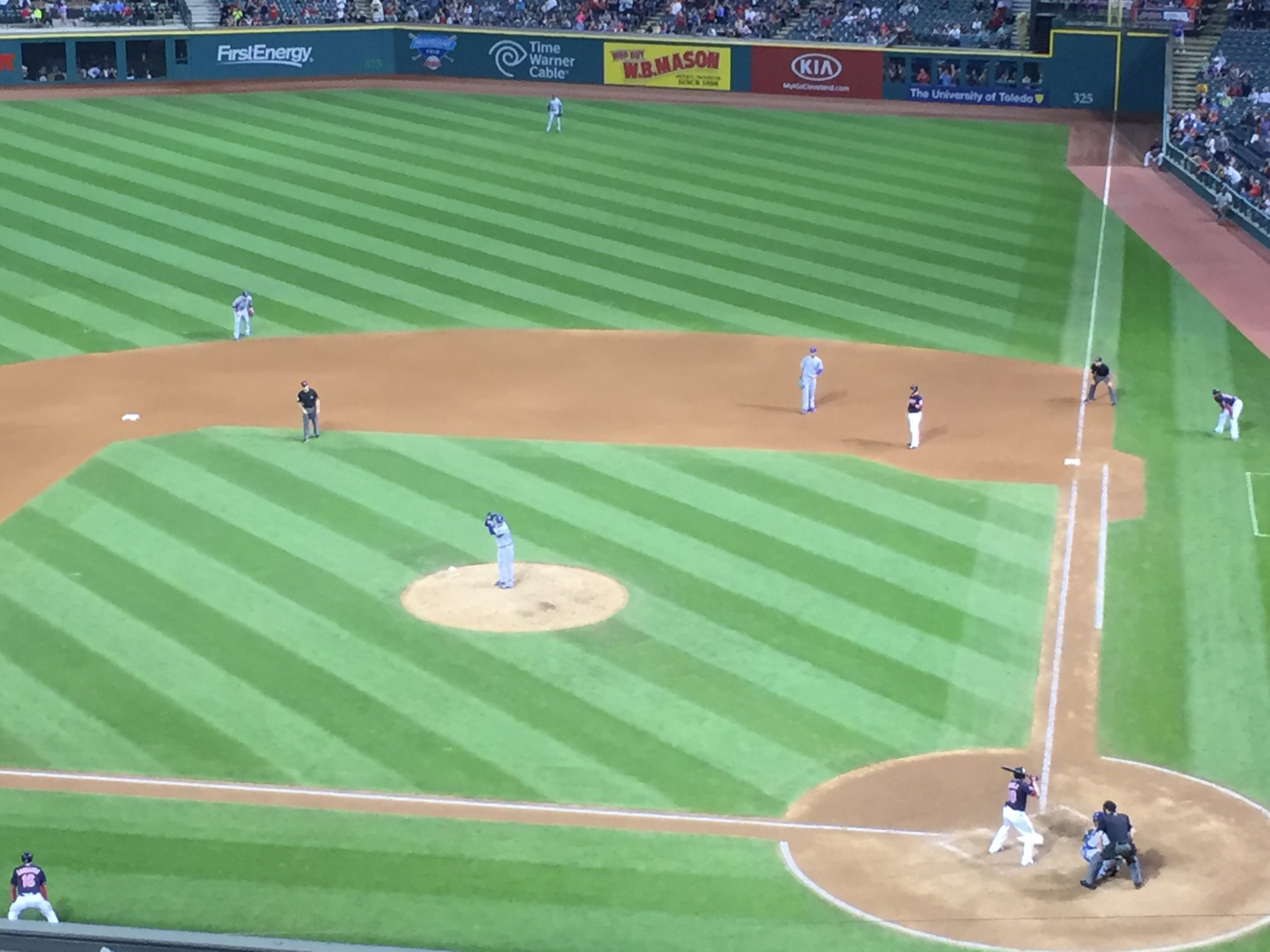 CLEVELAND – Despite another solid outing from Indians starter Josh Tomlin, the Indians offense was shut down by Kris Medlen and the Royals in a tough 2-0 setback at Progressive Field on Tuesday night.

Tomlin went the distance, allowing just two runs on four hits, not allowing a walk and striking out six. It was the fourth complete game of Tomlin’s career, but it feels shallow based on the results of the contest.

“I’m glad I was able to keep the team in the game don’t get me wrong, but we need wins, and that’s the bottom line,” Tomlin said.

“It doesn’t matter how well I pitch, if the guy does better than me on the other side than it’s still a loss, and that’s not what we need right now.”

The Royals two runs came after a pair of ugly plays ended up allowing Mike Moustakas to be standing on second base with a double.

First he hit a foul ball that Yan Gomes lost in the shadows, and it dropped for no play. Then Indians CF Abraham Almonte misjudged a ball and it hits off the wall for a double.

Moustakas scored after a wild pitch allowed him to move up and a single by Salvador Pérez made it 1-0 Royals in the second.

It stayed that way till Alex Rios hit a solo homer in the 5th which put Kansas City up 2-0, and that would be all that Medlen would need to shut down the Tribe.

The Royals thrower, making just his 5th start of the season after missing all of last season after ‘Tommy John’ surgery, went 6.1 shutout innings, allowing just five hits and one walk.

“First four or five innings he worked from behind most of the night,” Indians manager Terry Francona said. “Even when he was behind in the count he could throw his breaking ball and change up, and kind of got us off balance with that.”

The Indians had a shot off Kansas City closer Greg Holland in the 9th to possibly tie the game or sneak out the win.

Lonnie Chisenhall worked a four-pitch walk, and Yan Gomes hit a line drive that hits off the mitt of Royals shortstop Alcides Escobar, which went for a single as it trickled into left field.

Pinch-hitter Mike Aviles popped up a bunt, but the ball fell and it ended up as a fielder’s choice. Almonte had a shot with runners still on first and second, and hit a weak foul out to third.

Gio Urshela then ended the threat with a swinging strikeout to seal the win for the Royals and Holland’s 31st save of the season.

The loss puts the Indians back under .500 at 71-72 on the season, and they will play game three of their four game set on Wednesday night at 7:10pm.

Danny Salazar goes for the Indians, he’s 12-8 on the season, against Danny Duffy for the Royals who is 7-7.