Goldberg making a come back to face Brock Lesnar 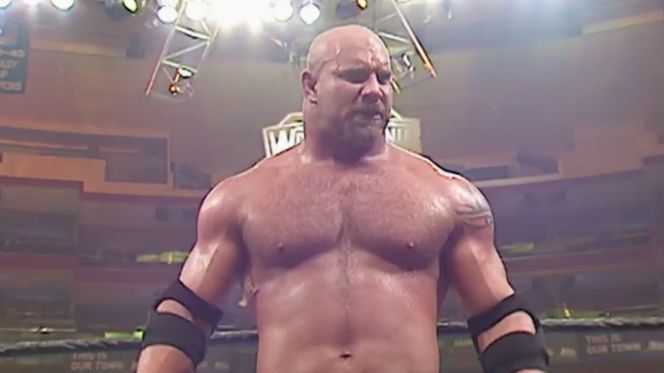 Ever since Goldberg was announced as a playable character in WWE 2k17, rumors began to spiral around the internet about a possible return. For some odd reason if you are in the WWE 2k game, you end up making a return. If Goldberg does indeed return to WWE , he would join the likes of Ultimate Warrior, Sting , and Hulk Hogan in returning to the company. Fans might get a much anticipated rematch from WrestleMania XX with Brock Lesnar as soon as this upcoming Survivor Series . As you know, Goldberg and Lesnar’s match at WrestleMania XX tanked and it ended with the crowd turning on both competitors.

WWE Legend and Hall of Famer, Jim Ross had tweeted this out Tuesday Night:

Another source says that @Goldberg vs @BrockLesnar is a done deal and that it will likely go down at #SurvivorSeries. If true, bravo @wwe

If this is indeed true, that would be the first time Goldberg would be wrestling a match in WWE in 12 years.

Goldberg himself had a response to the rumors on Twitter:

Reading the Internet…. you never know who to believe do you? #WhosNext

Goldberg is scheduled to appear on SportsCenter for “Off the top rope” with Jonathan Coachman.

Speculation grew even stronger around SummerSlam when in the WWE 2k17 promo video Goldberg was taken to Suplex City . Since SummerSlam, Goldberg said in an interview with Stone Cold Steve Austin that he has been training intensely in the gym.

A lot of rumors going into tonight’s SportsCenter segment are saying that Goldberg will announce his return.

Goldberg, now 49 years old, looks to be in tremendous shape and in my opinion I think he has that “itch” to come back into WWE. It will help out RAW immensely with the addition of Goldberg to their roster, especially with the recent news of the terrible ratings.