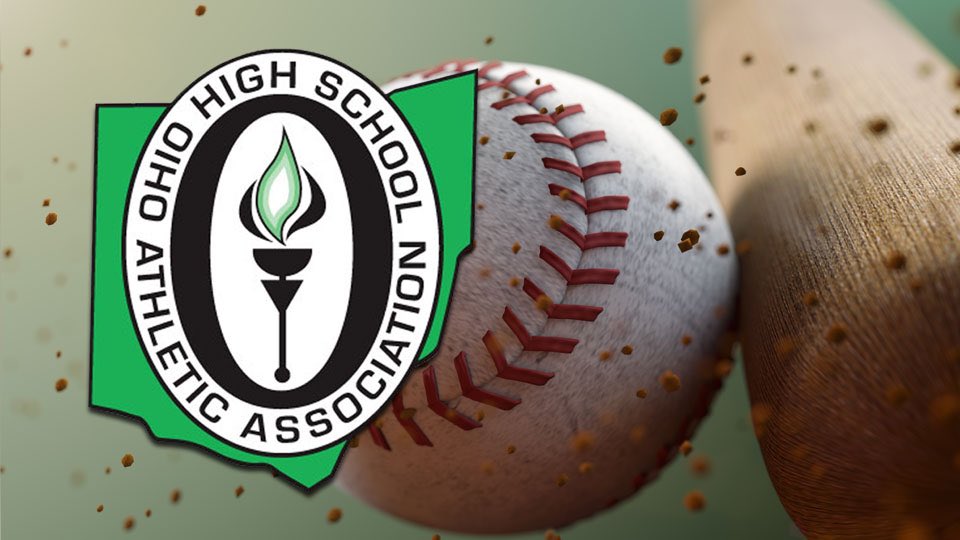 The Division I State Championship game is set. Northview and Grove City advanced with semifinal wins Friday in Akron. The two sides will meet up Saturday afternoon at 4 pm for all the marbles.

The Wildcats (20-8) made the most out of their first trip to state in school history. Posting a dramatic fashion win over the Kenston Bombers (17-8), 3-2. To start the bottom of the seventh, senior Alex Prymas reached base on a throwing error. Then he reached second on a bunt single by Garrett Draper. Ayden Hall was brought in to pinch run for Draper. Next, after a sacrifice bunt, fielder’s choice, and intentional walk, the bases were loaded. That brought junior Brody Acres to the plate for the biggest moment of his life. Jake Vasil’s pitch got by catcher L.A. Mighton and Hall sprinted down the line. Thus, sending Northview to its first championship in school history.

⚾️ #OHSAA DIVISION I BASEBALL: The Division I baseball semifinal between Sylvania Northview and Chagrin Falls Kenston is underway!

The Bombers got on the board first. Junior Parker Munday drew a bases-loaded walk, scoring Mighton. The Wildcats would strike for two of their own in the bottom of the first. Riley Ames scored on a fielder’s choice and a Benny Crooks’ single scored Acres. Giving Northview a 2-1 lead. That lead would hold until the fifth, when Shane Roethlisbeger came to the plate with the bases loaded. A balk call on Wildcats starter Garrett Zimmerman brought home Carter Flynn, tying the game.

The loss ends the Cinderella run of the Kenston Bombers, who took down higher seeded teams in all but one postseason game they played, including knocking out Massillon Jackson and Walsh Jesuit. Pitcher Jake Vasil went the distance for Kenston, allowing five hits and striking out ten. Interestingly, none of the three runs in the game were earned. At the plate for the Bombers, it was Parker Munday leading the way going 1-1 with two walks and an RBI.

Northview got a complete game effort from their starter Garrett Zimmerman; the senior gave up two hits, four walks, and one earned run while striking out four. The Wildcats were led offensively by Ames, who went 2-3 with a double.

The Greyhounds (26-7) got on the board in the bottom of the first and never looked back, taking down the Comets (27-5) 4-1 to advance to the first state championship in school history. Things got rolling in the first when senior Jackson Ware sent a double down the left-field line and the next hitter, Dennis Ritlinger-Nirider, hit a double of his own to left-center, bringing in Ware and giving Grove City a 1-0 lead.

The Greyhounds kept it rolling in the bottom of the second when Trent Ruffing laid down a sacrifice bunt to bring home Braylon Boggs to extend the lead. They weren’t done yet though, a single by Keegan Holmstrom scored Spencer Stoll and a single by Ware scored Holmstrom, giving Grove City a commanding 4-0 lead after two innings.

Mason would finally get on the board in the top of the fifth after senior Kevin West led things off with a double and, two batters later, scored on an AJ Lefton sacrifice fly to right, making the game 4-1, which would hold until the end. On the mound for the Comets, senior Brendan Garula went 5.2 innings with three strikeouts, giving up eight hits, one walk, and two earned runs. The Comets bats were held in check for most of the game and were led by West and his fifth inning double.

The Greyhounds got a spectacular performance from Keegan Holmstrom on the mound as the sophomore went seven innings and struck out six while allowing only four hits and one earned run to go along with a walk. Grove City got two-hit performances offensively from Holmstrom, Ritlinger-Nirider, and Ware, with the last two both hitting doubles and driving in runs.

The Greyhounds will play Sylvania Northview in the DI state final Saturday at 4:00 p.m.