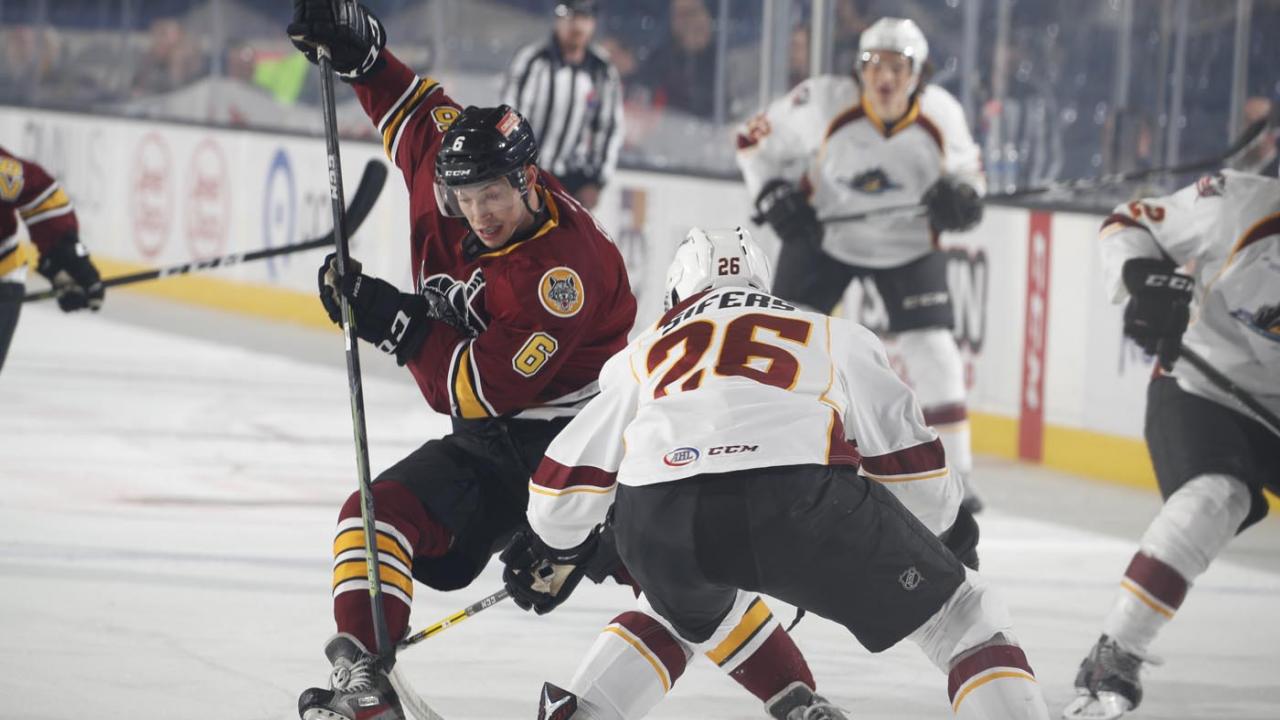 Thursday night the AHL’s Cleveland Monsters visited trhe Chicago Wolves at their home arena in Rosemont, IL and defeated the home team 3-2 in overtime. With the win, the Monsters improved to 27-24-3-4 overall this season and with a .526 points percentage, currently remain alone in fifth place in the AHL’s Central Division standings.

Thursday’s game was the third of five road games over twelve days that the Monsters would play. The first period was scoreless as was Wednesday’s game against the Admirals.+

The second frame started and at 8:06 of the 2nd, Jordan Maletta deposited a left-wing transition wrist shot past Wolves net-minder Jordan Binnington at to make it 1-0 Cleveland with even-strength assists courtesy of Daniel Zaar and Markus Hannikainen.

Chicago was able to tie things up at 2:11 of the final stanza when the big man,  Akim Aliu extended his goal streak to three games with an even-strength feed from Hannikainen at 3:17.

With 5:26 remaining in the final frame od this one, Chicago was able to tie it up and force overtime. The Monsters were 4-3 in OT victories against that of Chicago, who was 3-4. 3 on 3 play ensued and at 3:29 of the 5:00 period,  Jaime Sifers  snuck one past Bennington on a third times a charm rebound play from Maletta.

After several game-saving shots  for Cleveland between the pipes, Anton Forsberg, finished with 33 saves and improved his record to  18-12-3 and Chicago’s Binnington fell to 12-6-5 despite stopping 25 pucks in defeat.

Next up for the Monsters, is a Sunday road battle with the San Antonio Rampage from AT&T Center in San Antonio, TX, underway at 4:00 pm. Stay tuned to NEOSI for up to the minute score, updates and news. Follow us on Twitter @neosportsinside and David Sprouse @NEOSI_Sprouse.