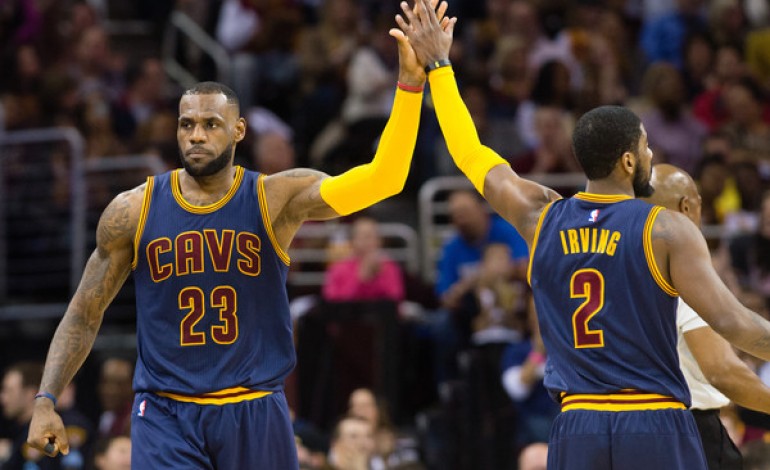 As the Cavaliers get set to face off against the Boston Celtics tonight, they are playing for the title of Eastern Conference champions for the third straight year.

They are also playing for an NBA record.

With a win tonight, the Cavs would notch their 13th straight closeout win.

Going back to the 2009 season, the Cavs have won 12 straight closeout games throughout the playoffs. The 12 wins match the record set by the Lakers between 2000 and 2004.

But past performance in closeout games is not making the Cavs complacent as they head into TD Garden.

“The closeout game is always the hardest, and Boston is going to make it even harder. We have to go in with a bunker mentality that we had in Game 1 and 2,” LeBron James said following their Game 4 win on Tuesday.

“We have to execute offensively. We have to have low turnovers, and we have to try to make them miss, because some of those guys play a lot better at home.”

James also spoke about how important it is to never underestimate a Boston team.

“They’re well coached, and they’ve got guys that have always kind of been counted out throughout their career, so they play with a lot of pride,” he said.

“And then you add the green on their back and this is history, this is a franchise that you kind of, no matter who’s out on the floor, you have to play for that franchise and play with pride. You know, they’re giving us everything that they have, and we’re expecting it, and we want the challenge.”

LeBron, Lue Praise Irving’s 1-on-1 Game: “The Kid Was Born to Play 1-on-1… He Has No Offensive Weaknesses”
Cleveland Cavaliers Clinch Third-Straight Eastern Conference Title