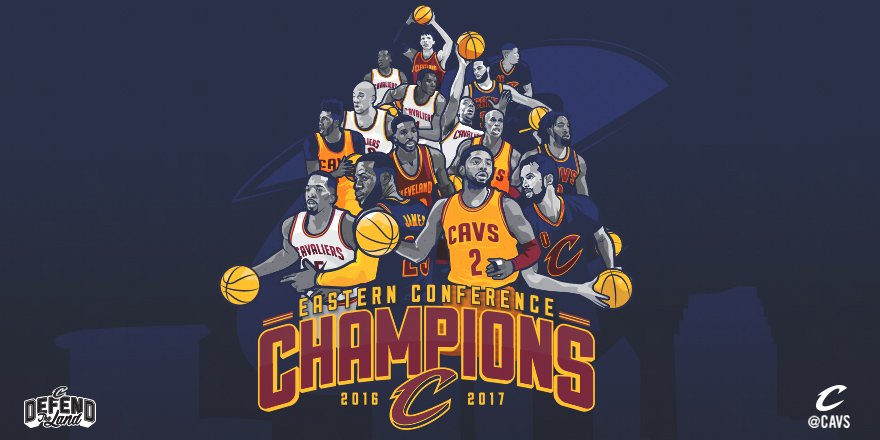 For the third straight year, the Cleveland Cavaliers are Eastern Conference champions.

The Cavs finished off a 4-1 series victory against the Celtics in Boston, dominating their way to a 135-102 win.

No. 1 seed Boston never led on their home floor in three games in the series.

Game 1 of the 2017 NBA Finals tips off Thursday, June 1 at 9 pm ET from Oracle Arena in Oakland, where the Cavs and Warriors meet for the third-straight year.

It marks the first time in NBA history in which two teams meet for three straight championships.