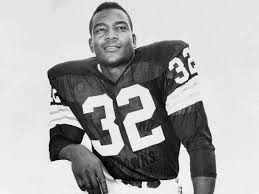 The Browns were scrambling with the Cardinals, Giants and Pittsburgh Steelers for the East Division title. Frank Ryan’s 23-yard touchdown pass to Rick Kreitling and scoring runs of 1 and 3 yards by Jim Brown gave Cleveland a 21-3 halftime lead and the Browns defense maintained control, holding St. Louis to 198 total offensive yards.

The win made the Browns 9-3 and put them in a first-place tie with New York. Cleveland finished 10-4 and a game behind the Giants. This was still the era during which the lone postseason contest — barring a first-place division tie — was the championship game.