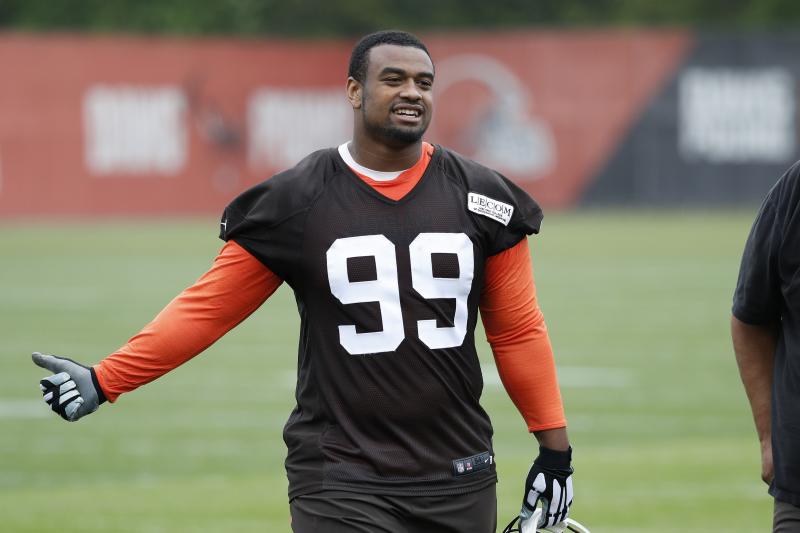 The Browns and their sixth-round draft pick Caleb Brantley got good news today, as Ian Rapoport reports charges that he hit a woman outside a bar just before the draft have been dropped.

The battery charge against #Browns draft pick Caleb Brantley was closed due to “insufficient evidence,” per Alachua County Court documents.

It was thought that the Browns may part with Brantley if the charges turned out to be true, but all along owner Dee Haslam said she trusted the teams’ football personnel department to make the right choice on if to draft Brantley in the first place.

“We really trust our football personnel group to make these decisions and they vet every situation very carefully,” Haslam said. “They do their research. We trusted that, and we have to trust in that.”

The Florida defensive lineman stood up for himself during the Browns recent minicamp, stating that he doesn’t think he’s all that bad of a guy.

“I ain’t going to do nothing different,” Brantley said. “I don’t think I’m a bad guy at all. The media portrays me a certain way, but I’m just going to be myself, regular Caleb Brantley.

I’m a team guy just out here doing what I love — football, I feel like I’m a genuine great person.”

In 13 games as a sophomore during the 2015 season, Brantley registered 29 total tackles, including 6.5 for lost yardage. He was charged April 21st and plead not guilty on April 24th.