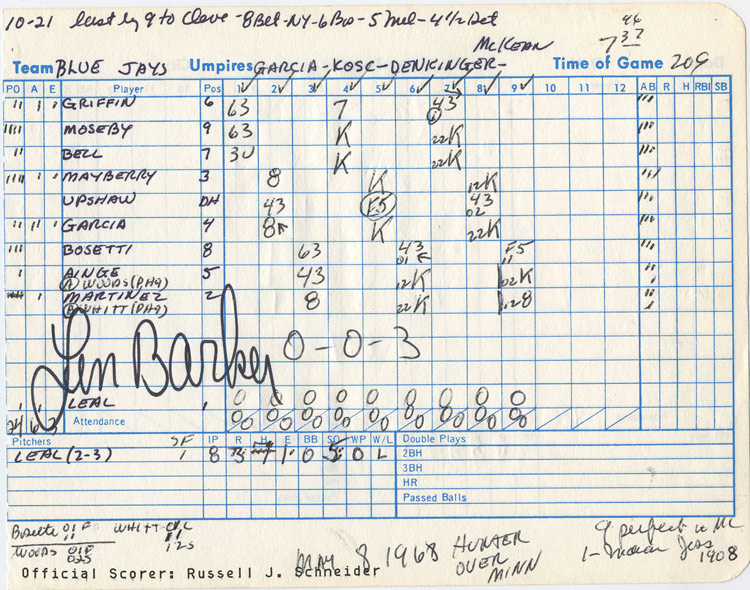 While just 7,290 people were in attendance at old Cleveland Stadium that night, everyone seems to remember where they were when former Indians pitcher Lenny Barker threw his perfect game on May 15th, 1981 against the Toronto Blue Jays.

The game was played on a Friday night and the weather was flat out horrible. The temp at first pitch was announced at 49 degrees, and there was a light mist falling all night it seemed.

Barker was great, striking out 11, and the Indians offense gave him three runs – two in the first and one in the 8th to make it hold.

Here’s some various videos to celebrate the night that Barker was perfect by the Lakefront.

Twins continue to be a thorn in Tribe’s side; rough up Kluber in 6-2 victory
Indians Fall to 2-4 Against the Twins After 5-1 Loss at Progressive Field