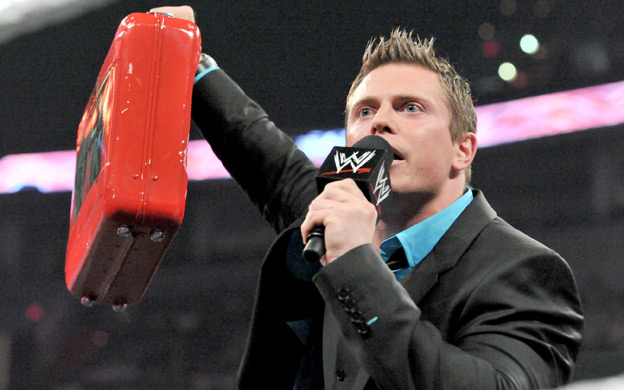 Tonight is WWE Money In The Bank live from the sold out Allstate Arena in Chicago, Illinois.  It is the second big PPV for the Windy City in 8 days, as the UFC hosted their UFC 225 card there last week.  With a lot of rumors on how tonight will go, let’s not waste any time and get right to it.

The Bludgeon Brothers vs The Club

Prediction – It is nice to see The Club get a meaningful match on a PPV.  It is their first in a long while, but it will be for not as The Brothers will retain.

Ember Moon vs. Charlotte Flair vs. Alexa Bliss vs. Becky Lynch vs. Natalya vs. Lana vs. Naomi vs. Sasha Banks

Prediction – This match may very well steal the show with the incredible amount of talent being showcased.  In a twist that wouldn’t shock me, I can see Natalya winning it, and cashing in later in the night on Ronda Rousey.  But, I simply do not see a major PPV such as this going off air with Natalya standing tall.  Alexa Bliss has done a lot of things and held multiple titles since being called up to the main roster, I see a victory here being the next notch on her belt.

Braun Strowman vs. Finn Bálor vs. The Miz vs. Rusev vs. Bobby Roode vs. Kevin Owens vs. Samoa Joe vs. TBA (Big E, Kofi Kingston, or Xavier Woods)

Prediction – Look for Big E to be the selection of The New Day in this one.  He won’t win it however as this appears to be all but sealed up for The Miz.  Heels typically win the MITB so they can sneak attack their way to a title win.  We’ve seen The Miz do it before, and it seems tailor made for him to do it again.  I would personally love to see Roode, Balor or Rusev win, but they are far too popular right now, and the WWE seems to ignore the Universe whenever they can.

Prediction – This may just be the upset of the night as Big Cass cheats his way to victory.  Bryan does not need the help with his push, Cass badly does.

Prediction – They have one last chance to have a great match in this disappointing feud.  AJ Styles will do enough in the end to keep Nakamura immobile and planted on the canvas to retain his gold.  Samoa Joe will be next for Styles.

Prediction – Carmella will get herself DQ’d with the help of the returning James Ellsworth to keep the strap a little longer.  It won’t be a long reign for Carmella, but she will do whatever possible to hold onto it until SummerSlam.

Prediction – Just another roadblock that Reigns will overcome on his way back to the title.  Chicago will eat this match alive and boo it out of the building.  Maybe we are in store for a Dean Ambrose attack?

Prediction – Rollin is red hot right now, and the showcase of RAW.  The belt is staying put.

Prediction – This needs to end as soon as possible.  A dreadful feud that hurt both men.  Lashley will walk right through the modern day Virgil in Zayn.

Prediction – Pretty sure that the WWE would love to have Rousey carrying the championship belt with her when she steps into the cage next month to get inducted in the UFC Hall Of Fame.  Women’s movement in the WWE will hit a low point with this debacle.  No Kurt Angle and HHH to carry her this time.