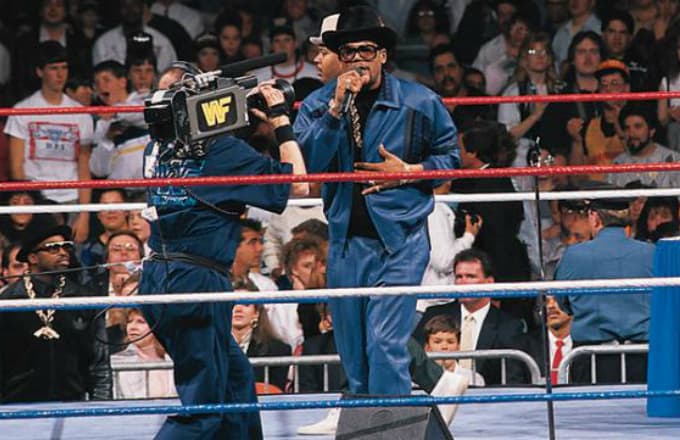 WrestleMania has become such a entertainment spectacular that it is no surprise that some of the biggest names in the music industry have been a large part of it over the years.  Names such as Ray Charles, Aretha Franklin, Willie Nelson, Reba McEntire, Salt N Pepper, Alice Cooper, Saliva, POD, Little Richard, Kid Rock, Cyndi Lauper and Liberace to name just a few.

While most have be honored to sing America the Beautiful, or the Star Spangled Banner, some have had the chance to have their own mini concert in the middle of the show.  Almost as if it was a “Halftime performance”.  Here are the five that stand out the most.

Motorhead Sings HHH to the ring at WrestleMania 17 & 21

It didn’t matter if you were a HHH fan or not, if these thunderous live performance’s didn’t get you pumped up, you may need to see a cardiologist because you don’t have a heartbeat. This was before live musical acts playing someone to the ring became a thing, so at the time, this was revolutionary and the fans took to it.  HHH lost both times, at 17 to The Undertaker and 21 to Batista, but it wasn’t from a lack of getting everyone’s adrenaline running with these entrances.