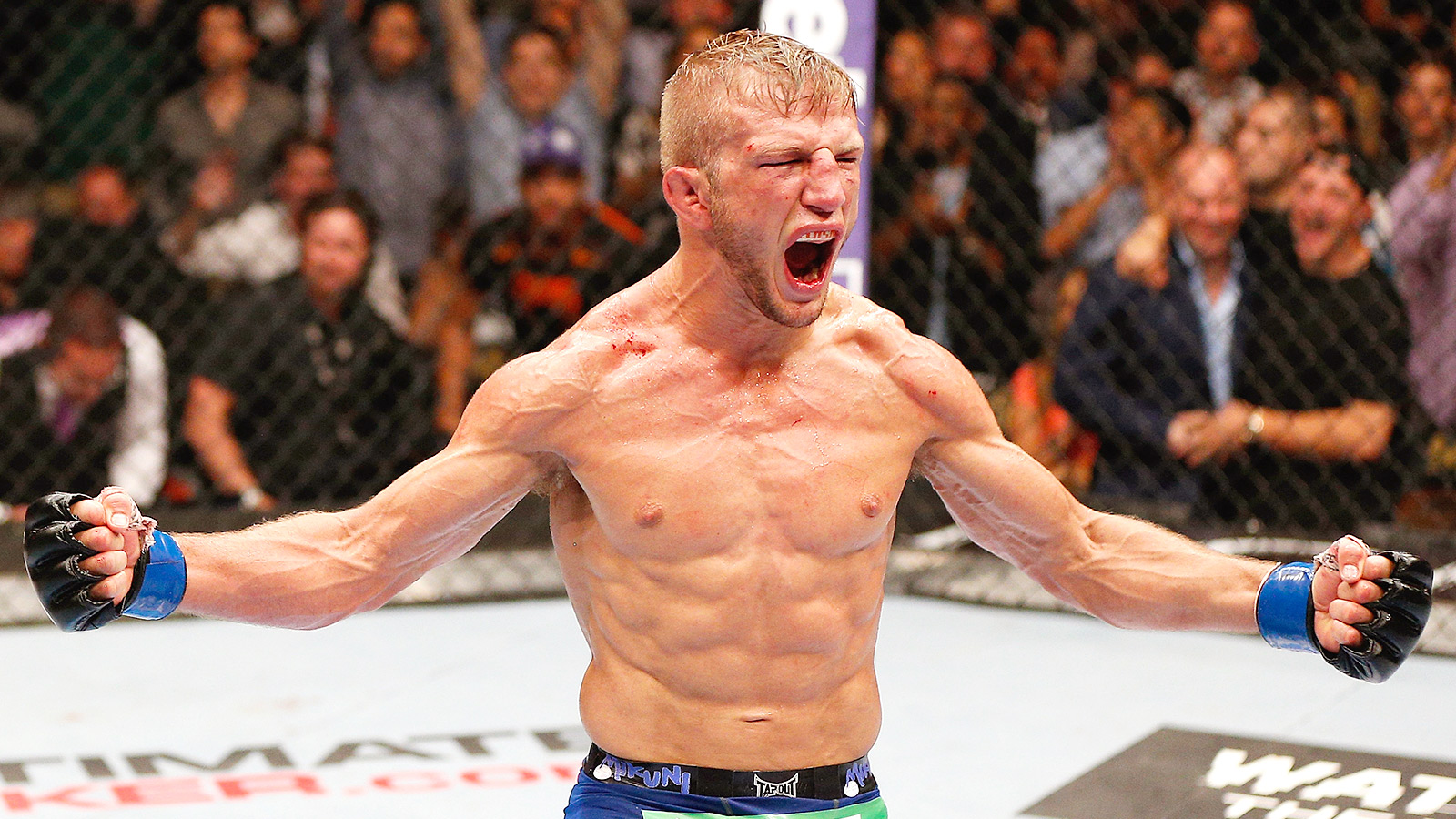 Today’s match up is Raphael Assuncao vs TJ Dillashaw

TJ Dillashaw defeated Bantamweight champion and top 5 pound for pound Renan Barão twice in one year to capture the title. He won his first 12 of 14 MMA fights and appeared to be headed for a long run with the belt until he ran into the buzz saw named Dominic Cruz back at UFC Fight Night in January where he lost his title in a razor thin split decision.

Dillashaw was pissed, and rightfully so that Faber got the next title shot at Cruz before he could get his deserved rematch. He will have his hands full with Raphael Assuncao. The man from Brazil is 23-4 and riding a 7 fight winning steak, including one over Dillashaw at UFC Fight Night in October 2013.

However, the biggest problem facing Assuncao is injuries as he hasn’t fought since October 2014. He will be rusty and Dillashaw will take advantage.

My pick is Dillashaw by third round TKO.