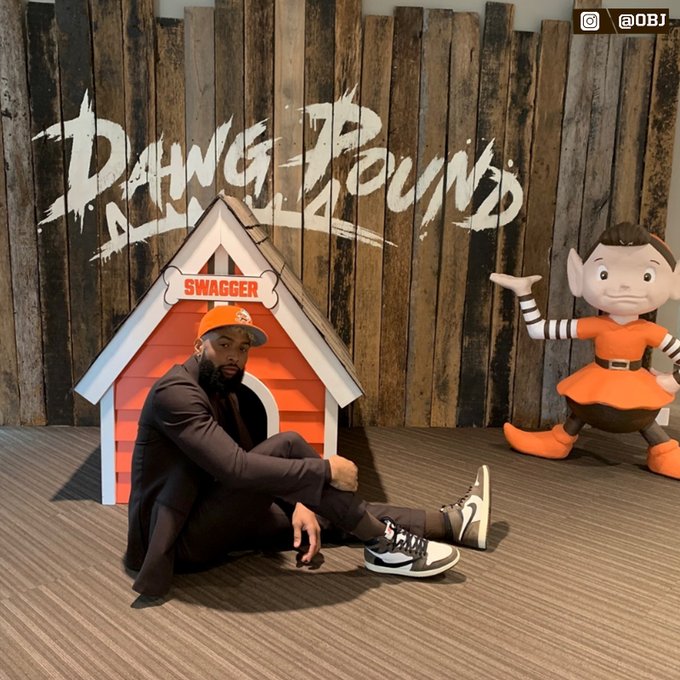 It seems there’s been a lot of drama surrounding the lead-up to the Browns trade for star wide out Odell Beckham Jr., as well as what was going through Beckham’s mind when he heard the news.

Last week when the Browns introduced Beckham to the media for the first time, he stated that he realized that his whole life was changing when he was getting dealt from New York to Cleveland.

“I was heading to dinner and I remember seeing [Dave] Gettleman calling and I knew something was going down,” Beckham said last week.

“I took the call. It was quiet for a minute at dinner. It was just a lot. A lot of emotions, a lot of thoughts that run through your mind; your whole life is changing. I just took it to process, I think I called my mom. Called [Jarvis] and here we are today.”

While Beckham never once said that he didn’t want to come to the Browns, one of his closest friends, Broncos LB Von Miller, said to NFL Network via Pro Football Talk that he was ‘hurt’ when he heard the news.

“He was hurt, he was hurt initially. He loved New York, he loved his teammates, he loved the team. Whenever you get hit with something like that you’re going to be hurt,” Miller said.

“You’re going to feel some type of disappointment with that. But immediately after that he was excited for his new opportunity. You saw his new teammates on Twitter and Instagram, they love him as well. The whole city of Cleveland is excited. He’s the new LeBron there, so he’s excited about that. He’s going to be ready to go.”

So despite being ‘hurt’ as Miller puts it, from the sounds of it now it seems that Beckham is happy and ready to go.

While it has to be an adjustment for any player that is traded to reflect on the change over to a new city, it sounds like Beckham is going to be just fine.