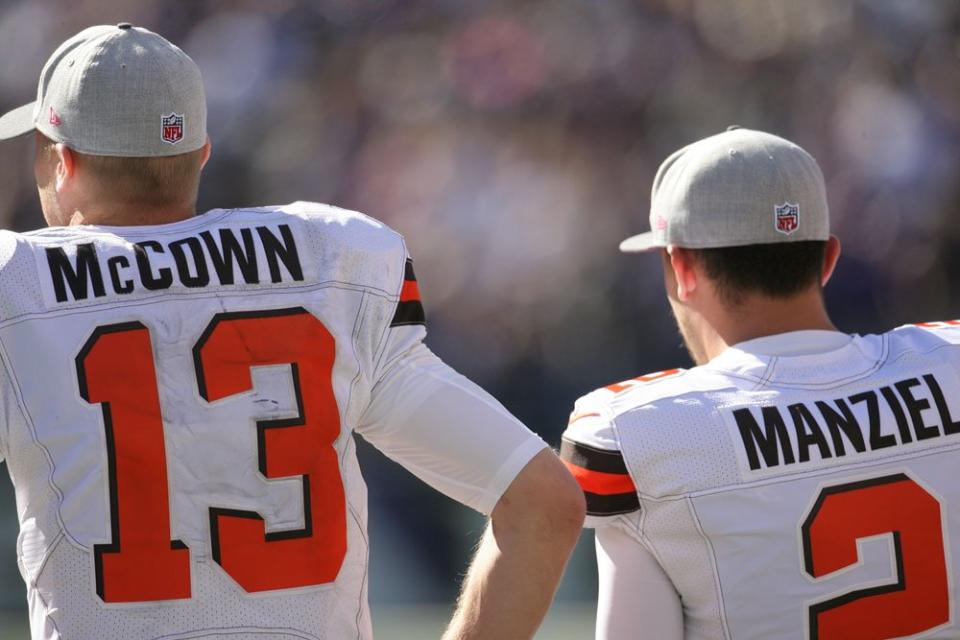 Random thoughts from a random mind following the Browns’ 33-30 overtime win over those thieving Baltimore Raven.

1. Can the cries for that overhyped backup quarterback finally come to a stop?

Please? Josh McCown has played great since he returned from his concussion in Week 3, but despite throwing for over 300 yards against both the Raiders and Chargers, he and the Browns were on the losing end.

On Sunday, McCown was nothing short of phenomenal. The 36-year-old journeyman completed 36 of 51 passes for a franchise-regular season record 457 yards and two touchdowns. He even added one rushing touchdown for good measure, as he led the Browns back from 14-3 and 21-9 to win at a place that has been a veritable House of Horrors – the Browns had only won there three times prior to Sunday (2001, 2002, 2007).

Had he not run out of time, McCown likely would have led the Browns to the win in regulation. And, getting the ball in overtime, he picked up where he left off, driving his team into field goal range, going 51 yards in 12 plays.

Josh McCown gives the Browns the best chance to win games. He proved it Sunday in vanquishing one of the team’s most bitter rivals at their place, and now they’re 2-3 (1-0 in the AFC North) with a whole new lease on life. If you’re not on board with that, go find the nearest swan boat.

Browns-Ravens Postgame Notes
How Long Can Josh McCown Keep Up the MVP Play for the Browns?