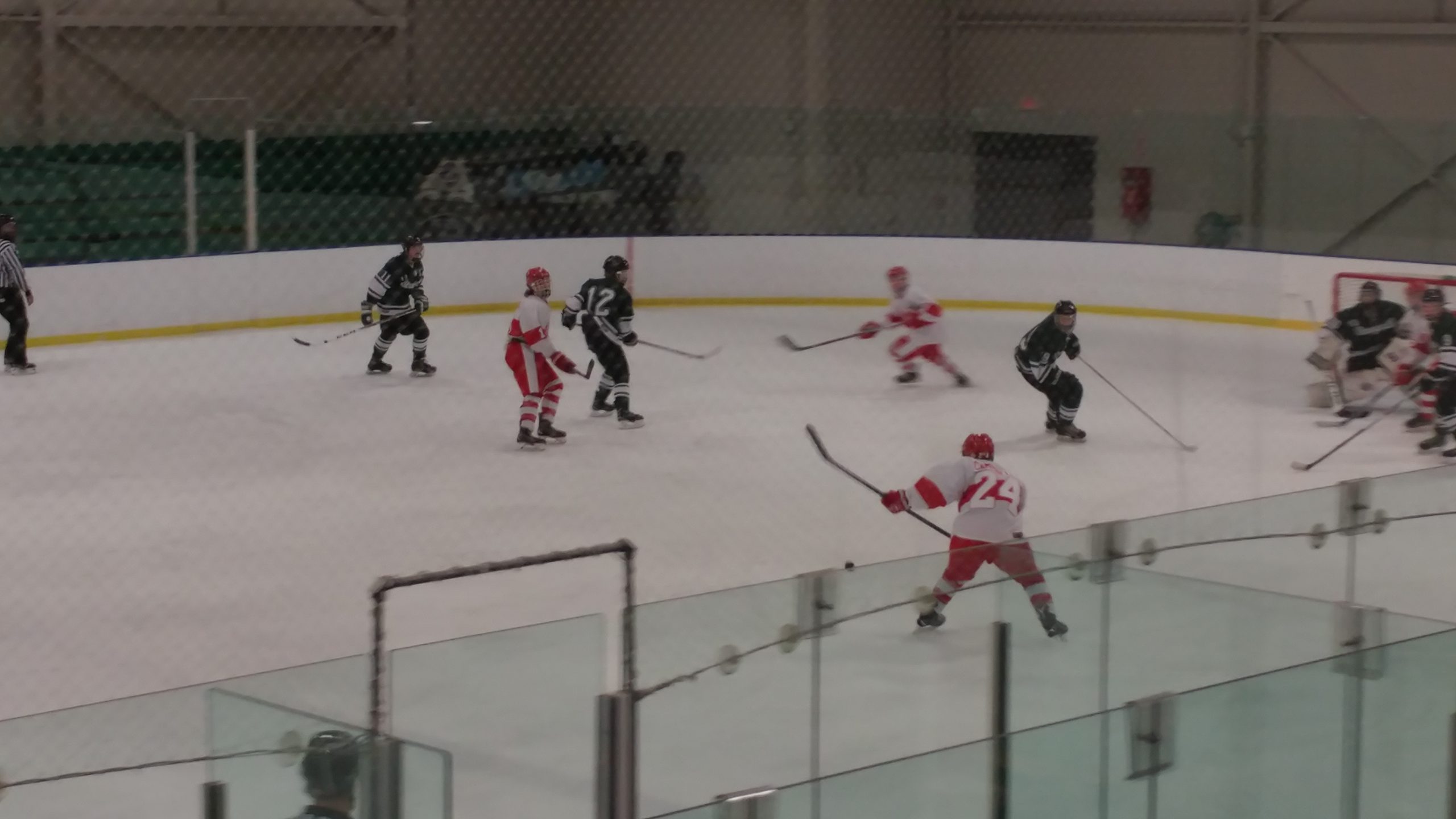 Strongsville would control most of the opening frame, spending a lot of time inside the Shaker Heights’ defensive zone. Though tested for a majority of the period, Liam Siwik would stop everything in his path to send the game into intermission scoreless.

After a scoreless first frame, Wyatt Eisen would take advantage of an opportunity and put the Red Raiders on top with a goal at the 3:41 mark of the second stanza. Britt Anderson found another opening and increased the Red Raiders’ lead to two at the 8:57 mark. Shaker Heights seemed to find their flow in the second, as Geoff Grossman-McKee would score the third goal of the frame at the 11:35 mark of the period. The best look of the frame for Strongsville came in the closing seconds, when Logan Scram followed up the shovel pass into a breakaway. Unfortunately, the horn sounded while Scram was making his move, leaving everyone in attendance wondering if the shot would’ve went in. Shaker Heights would hold a 3-0 lead going into the third.

Shaker Heights would score just a minute and a half into the final frame, as Britt Anderson found the back of the net for the second time to make it 4-1. Bryce Born would get the Mustangs on the board with a shot from the slot just a few minutes later. The Red Raiders would weather the storm with Wyatt Eisen’s second goal of the game at the 7:36 mark of the third. Kyle Mattson was able to score late for the Mustangs at the 12:57 mark of the frame, but Shaker Heights would hold on to the lead and take a 5-2 victory.