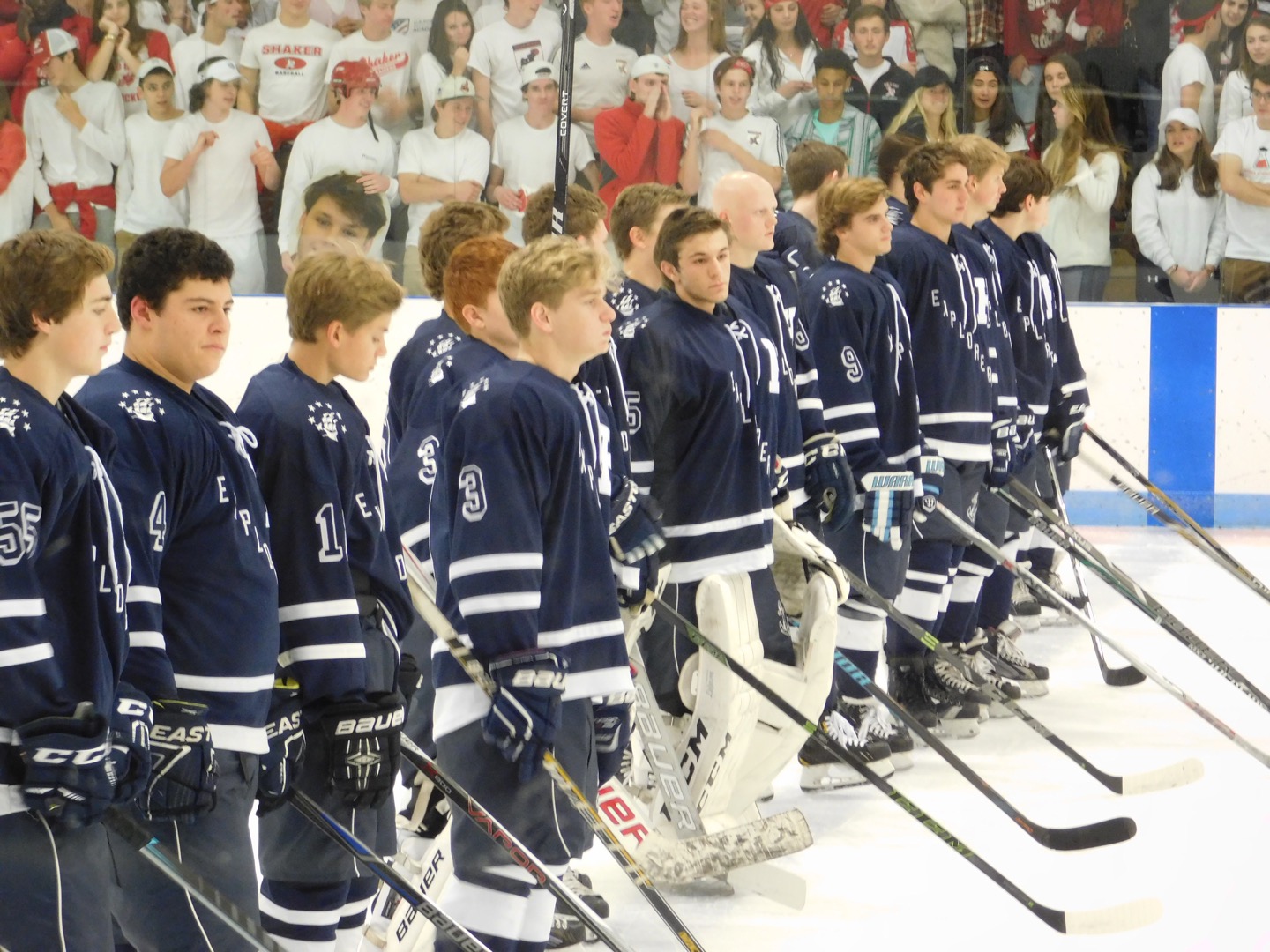 BROOKLYN, OHIO – Sometimes, the worst thing about sports is that one team has to lose. Both the Hudson Explorers and the Midview Middies did everything they could to not end up on the short end of the stick.

The Explorers achieved that goal after edging the Middies, 3-2 in one of the most physical contests of the 2017 Baron Cup.

The scoring opened up early in the first period when Senior Forward Chandler Kotseos found the back of the net. After what would be the only goal of the opening period, both sides tried to gain the physical advantage.

Both teams came out of the locker room looking to make an impact. Midview Senior Kyle Nagel began the second period with a huge one timer over the glove of Hudson net minder, Stroud Corr. That would be only a small bump in the road for the Explorers’ Senior goalkeeper. Just a few seconds later, Hudson picked up their guy between the pipes, retaking the lead off the stick of Sophomore defense man, Blake Lori.

Though any momentum that Hudson could gain though the rest of the period was erased after Senior Forward Maxwell Cole, was tagged with a ten minute major for unsportsmanlike conduct. It would forshadow things to come for both sides for the final period of action.

Middie Freshman, Robbie Rodgers made a memorable Barron Cup debut as he broke the the tie with a one timer of his own. It was the forward’s third league goal of the season. Not to be outdone, and fresh off his major penalty, Cole made his final contribution to the score sheet with his 19th goal of the season, a shorthanded goal, to put Hudson up for good.

Though it was the only time he lit the lamp, Cole made his presence count with two more assists during the game.

Hudson will take on defending champion, Shaker Heights in the next round of Bracket 1 of the 2017 Baron Cup.

Three Stars of the Night