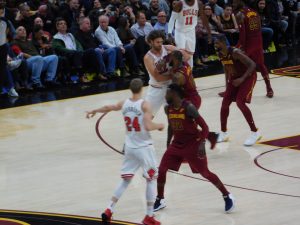 Throughout their three-game win streak, the Cavs have done a decent job with their perimeter defense, holding the Hornets, Knicks and Mavericks to just 24-of-85 from 3-point range (.282). With that being said, all three of those teams are in the bottom half of the NBA when it comes to their 3-point percentage.

The Clippers are 12th in the league right now, averaging 36.4 percent from deep, so this will be their toughest challenge since the Houston game Nov. 9.

Also noteworthy is the fact that Blake Griffin is averaging 5.8 attempts per game and shooting 36 percent from 3-point range. While those numbers aren’t great, the Cavs need to close out on him and contest his shots to prevent him from getting in a rhythm.