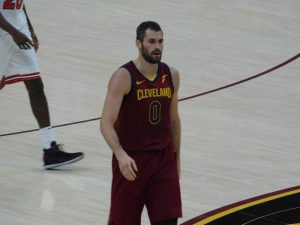 1. Can Kevin Love get another double-double?

Love has a tall task defensively on Friday night, having to bang around down low with L.A.’s DeAndre Jordan. If he continues to play offensively the way he has been, however, Jordan may have just as hard of a time defending him. On Wednesday, Love recorded his 10th double-double of the season with 22 points and 10 boards.

But another double-double is likely in Love’s immediate future. For his career against the Clippers, Love has recorded 16 double-doubles in 21 meetings, averaging 18.9 points and 12.7 rebounds.