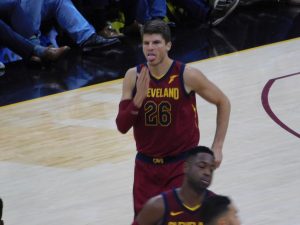 The bench was phenomenal throughout the Cavs’ road trip. In the Charlotte game, the bench combined for 40 points for the ninth time this season. Three of those games came during their four-game road trip.

Both Kyle Korver and Jeff Green averaged in double figures over the road trip with 12 and 13.8 points per game, respectively.  Korver has been especially instrumental in the fourth quarter of games, scoring all of his 13 points against Dallas and 19 of his 21 points against the Knicks in the final frame.

Channing Frye has also worked his way into the rotation over the last two games, scoring nine points in each and helping to spread the floor.

As the bench continues to improve, the Cavs become stronger overall.