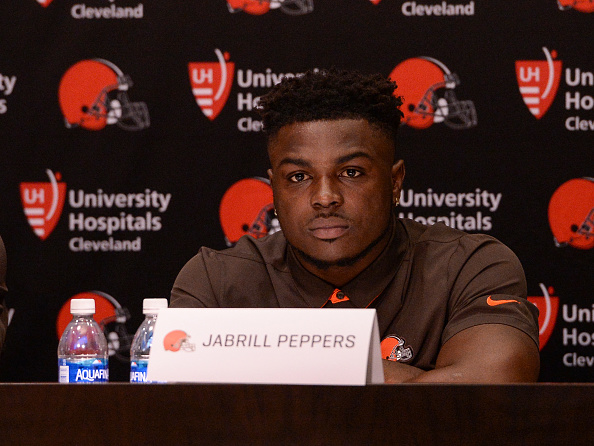 It’s the penalty that some say cost the Browns a big time chance to get back in the game against the Bengals Sunday, one that gave the Bengals a first down on a crushing touchdown drive that ended the Browns chances of a comeback.

Peppers Thursday was hit with a fine of $24,362 for the “illegal hit” on Bengals receiver Josh Malone late in the fourth quarter of Sunday’s 30-16 loss.

If you watched it live, you had like many to question if it should have been called or not, and while after the game Peppers was very careful with his words, even admitting it was a penalty, there’s still a tone that said the flag should not have been tossed.

Now Peppers says that he is going to appeal the fine, stating that he doesn’t even have the funds to pay it.

“I don’t have 24 (thousand) to give,” Peppers said. “I actually stopped reading the letter once I saw the number of [the fine].”

Many felt with Malone going for the ball as it was thrown, Peppers was in a perfect position to make the play, and despite the hard hit, it was just all in all a bad call.

Bad call or not, it’s now an expensive one as well.